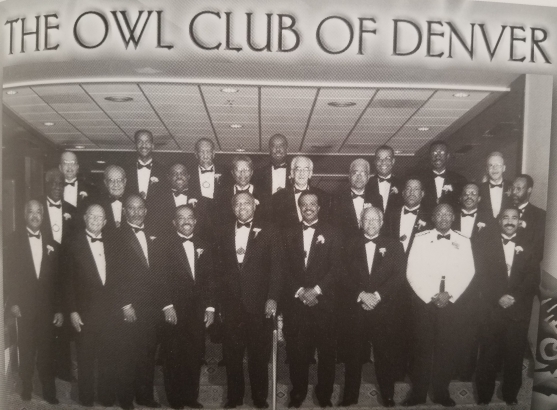 Organizations that emphasize civic, social, and community involvement are a vital part of the history and culture of the African American community. One of these organizations is the Owl Club of Denver.

The Owl Club of Denver was founded in 1941 and received its charter from the State of Colorado on March 24, 1949. The Club was organized by Ferris Cassius, Sr.; Dillard Collins; Howard Denton; James R. Gross; C. Columbus Johnson; Ralph D. Mason; Dee Smith; and Carl Terrell. These men consisted of a group of Black workers who turned their Saturday night gatherings into a prominent community service organization. The purposes of the Owl Club of Denver are to promote brotherhood amongst African American men by participating in a variety of community service initiatives, to highlight the social civic and scholastic achievements of young Black women in Denver, and to introduce these young women to Denver’s vibrant African American social community. One of the ways that the Club achieves these goals is through their signature event, the Debutante Ball.

In 1951, the first Debutante Ball at the Park Hill Country Club began a new era of focusing on African American high school girls in the Denver community.  The Ball continues to be an annual event that showcases the scholarship, moral character, leadership, and outstanding community achievements of its participants, called Debutantes.

Notable Owl Club Debutantes include former United States Secretary of State Condoleeza Rice and Blair-Caldwell African American Research Library Senior Special Collections Librarian Terry Nelson, whose Owl Club Debutante Ball dress is featured in the Blair-Caldwell museum. In a letter to commemorate the Club’s 50th Anniversary of the Debutante Ball, Former Secretary Rice wrote “I would like to offer my congratulations to the young ladies on their selection and preparation for the ball. I thoroughly enjoyed my own experiences as an Owl deb, as I am sure they will and have too.” During the Debutante Ball experience, Debutantes are introduced to Owl Club members, supporters and other members of Denver’s African American community.

With an emphasis on culture and tradition, The Owl Club has maintained a visible and impactful presence in Denver for generations. For more information on the Owl club’s exciting history, visit the Blair-Caldwell African American Research Library’s archives and special collections. 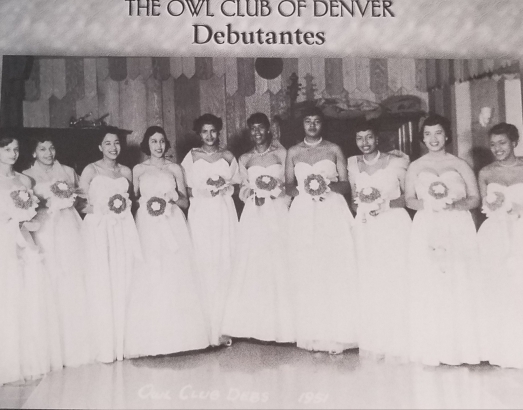 Thank you for sharing this about the Owl Club of Denver.

You're very welcome! Thank you for reading!

It is so cool to know about this organization and its history. They have hosted some of their events at Blair-Caldwell, correct?. I had seen them at the Ford-Warren Branch before.
Please keep sharing more about the rich history of African Americans in Denver. It is so important for people to know the powerful history of black people in our city, state, and country. Democracy would be dead without African Americans leading the fight to make this country live up to its founding ideals.

Thank you so much for reading! The Owl Club is still very active and they still hold their renowned Debutante Ball!

One of our goals at Blair-Caldwell is to continue sharing this rich history!

Is there a source for information about the debutants? My mother was one.

We have the Debutante Ball program booklet from several years in our archives. Once we resume in-person services, you can feel free to make an appointment to look at that collection!