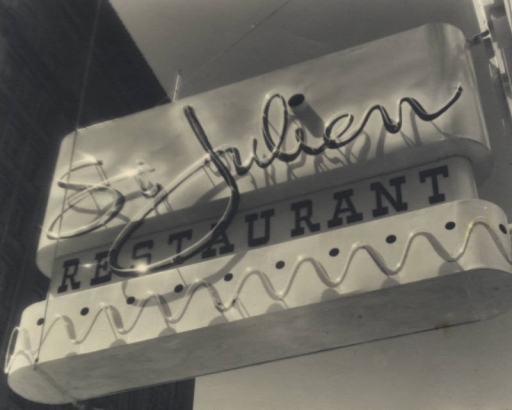 Richard L. Crowther was a Denver-based architect known for his work in solar and holistic architecture, and his work is the Western History and Genealogy Department's newest addition to the online digital collection.

Crowther was born in 1910 in Newark, New Jersey, and moved to San Diego when he was 21. While in San Diego, he worked as a neon light designer, a feature he implemented throughout his early career. He had some formal training, but primarily learned design and architecture on the job. 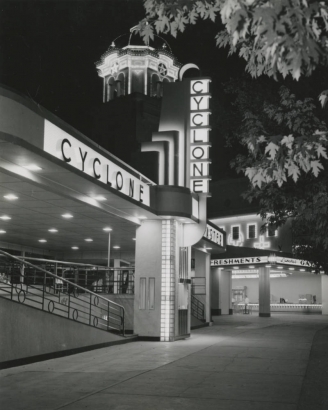 Crowther moved to Denver in 1948, where some of his earliest work included designing ticket booths and ride entrances for the Lakeside Amusement Park remodel.

He also established a career designing many recognizable buildings around the Denver area, including: Joslin’s and Fashion Bar department stores; King Sooper’s grocery stores; restaurants like the Holiday Drive-in, Golden Lantern, and White Spot Drive-in; shops like Dupler’s Furs and Lilli Russell Dress Shop; the Central State Bank; and movie theaters, like the Esquire and Fox. Mr. Crowther is particularly known for his design of the famous Cooper Cinerama theaters once located around the United States. Unfortunately, many of the buildings Mr. Crowther designed have been demolished. 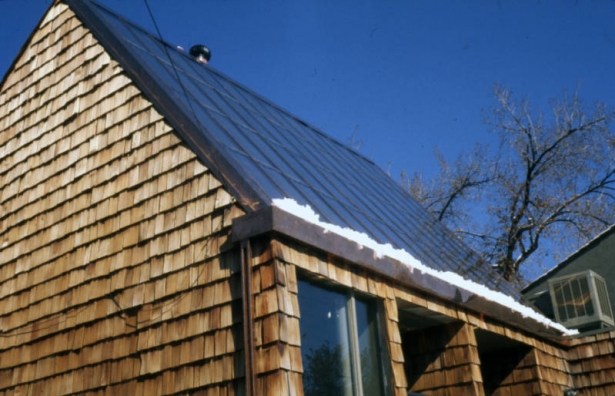 Starting in 1945 with his own home, Crowther began to implement passive solar energy systems into the residences and office buildings he designed. This resulted in him being much sought after to design architecture implementing these systems throughout Colorado and the southwest. He wrote books and lectured about this topic both within the United States and internationally, and his innovation and ideas are still studied and admired by architecture students to this day. Some of his solar buildings in Cherry Creek North still exist, including his former headquarters at 310 Steele Street and his residence at 500 Cook Street. He also helped design and implement the Atmospheric Science CSU Solar House Environmental Village project at Colorado State University in Fort Collins. 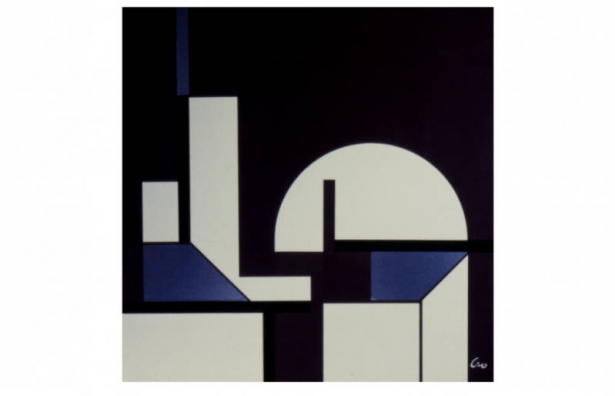 In addition to creating groundbreaking solar architecture, Crowther was an artist. In the 1980s, he opened the Context art gallery in Cherry Creek North, where he displayed his work, which he called “architectonic” art.

Crowther not only implemented holistic and ecological ideas in his architecture, but practiced what he preached. He was strongly against smoking, and wrote a book called The Paradox of Smoking, wherein he outlined all the reasons smoking was bad for our person as well as the environment. He ate organic and natural foods and swam 100 laps a day in the solar heated pool in his home. This lifestyle served him well, as he lived to be 96.

In 2001, he donated his materials to the Denver Public Library’s Western History department. The collection consists of architectural drawings, blueprints and newspaper clippings, as well as photographs and slides of his work and lectures. All of these items can be viewed at the library. A small sample of these items has been digitized and can now be viewed online at in the Digital Collections. Hopefully, these photographs will provide some insight into Crowther's prolific career and generate additional interest in this wonderful collection!

Thank you for this article about Mr. Crowther and for digitizing images from his collection. He was truly an original.

Ya know what else is great? Working with you on this, Debbie!

The ticket booths and signs at Lakeside are total gems. I'm glad to know who was behind those!

I worked at Lakeside for 4 seasons, and I just love that park.

I would like to add that Richard L. Crowther was an instrumental mentor to many, myself included. His guidance influenced my life's direction immeasurably. One chapter where he played a guiding role was to Environmental Action of Colorado that was the group that coordinated of 'The Solar Heating, Cooling, and Energy Conservation Conference', which was held in Denver on May 1, 2 and 3, 1974. This turned out to be a keystone meeting of solar advocates, researchers, and government officials. It had the good fortune of being the first international federally-funded conference on solar energy post the 1973 OPEC oil embargo. As a result, the conference was very well attended with over 500 attendees from around the world. Many of the guest speakers were suggested to me as the Conference Coordinator by either Crowther or Dr. Jerry Plunkett.

This event was the true spark that kicked off numerous solar initiatives here in the US and worldwide. To list a few, the Solar Energy Industries Association (SEIA) held its charter formation meeting. The Solar Energy Research Institute (SERI), now the National Renewable Energy Laboratory (NREL), was first proposed as was the concept of a Federal Solar Energy Tax Credit out of which came the 40% tax credit, which is now the 30% Solar Investment Tax Credit. The National Science Foundation pledged funds for the Phase 0, Solar Schools Program for four schools in Virginia. Of course, it also launched Nunez’s lifelong passion and work championing the benefits of solar energy in its many forms.

The meeting also had a very strong passive solar and energy conservation leaning as a result of Crowther’s passion for these critically important aspects of our nation's "energy mix". Richard was decades ahead of his time, walked his talk religiously. I am pleased and proud to have known and worked with him on this and many other very important contributions.

Crowther's own house, office, and solar research lab at 401 N. Madison Street, Denver, CO is up for demolition. I'm leading the effort to have it designated as a Landmark in Denver. I'd love to learn more, especially personal stories like Mr. Nunez's above. Please contact me at tomh@hartstudio.net if you'd like to help. We need all of the support we can get! Thanks

This great Denver Architect designed and built a futuristic home that paved the way for ART HOUSES preserved in the Cherry Creek, for a premiere neighborhood with a HOUSE that checks every level of a Preservation of Denver's fading past of prominent places. The
City Council voted for demolition row, but we know better, as it is time,
for Richard to be acknowledged for his vision for Environmental Hope.