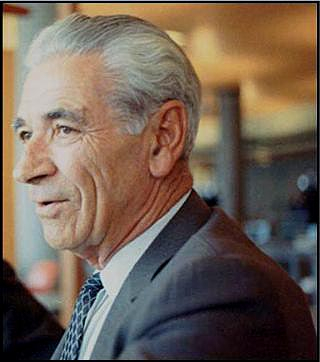 The mid-20th century had no shortage of people engaged in UFO hysteria, whether fear mongering, attempting to solve a mystery, or just running a plain-old con game (with a twist). It’s likely, though, that none were as bold, as brash, and as laughably fraudulent as George Adamski – a man who professed to have been sought out personally by alien entities.

His story begins (for our purposes) in Laguna Beach, California in the early 1930s, when Adamski founded the “Royal Order of Tibet,” a neo-theosophical organization which met in the “Temple of Scientific Philosophy.” During prohibition, the temple was granted a license to produce wine (for religious purposes, of course). According to Curtis Peebles in his book Watch the Skies, Adamski bragged that he “…made enough wine for all of Southern California!” He ostensibly told two followers that he was making a fortune, and that, were it not for the end of prohibition, he would not have had to “get into this saucer crap.” Since Peebles doesn’t cite his sources, it’s impossible to know how accurate those claims are. However, there is no doubt that it was with that “saucer crap” that Adamski gained his notoriety. 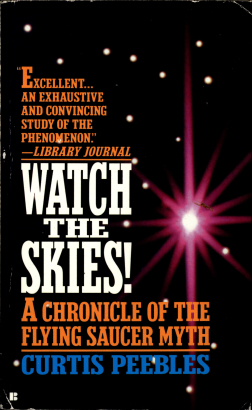 By 1940, Adamski was living on a small ranch near Palomar Mountain, and by 1944 he and his wife had attained a small parcel of land at the mountain’s base, which they developed as a campground, complete with a garden and a small diner. Adamski also built a small wooden observatory at the campground, where he housed his 6- and 15-inch telescopes, which would become instrumental to some of his later claims. It’s reported that he often referred to the “telescope at Palomar,” giving people the false impression he was referring to the prestigious Mount Palomar Observatory located at the mountain’s peak – an impression which Adamski allegedly allowed people to believe. However, in his book The Flying Saucers Have Landed, he did explicitly clarify that he had no connection to the observatory. 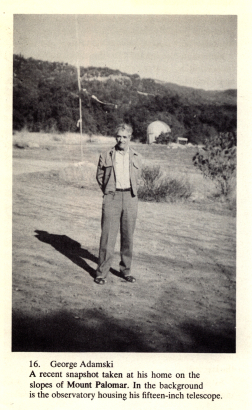 Adamski posing in front of his homemade observatory. Note how in-focus it is

On October 6, 1946, Adamski and some unnamed friends (likely some of his neo-theosophical followers) claimed to have seen a large, cigar-shaped “mother ship” while observing a meteor shower. (How they determined it was a “mother ship” is anybody’s guess.) Several months later, he claimed to have taken a photo of the same (or at the very least, the same model) craft passing in front of the moon, though it appears that no record of that image exists. By the summer of 1947, Adamski had claimed to have seen hundreds of flying saucers in the skies over Palomar Gardens. (Strangely, none of these were noticed by the much more advanced technology housed at the top of the mountain.) 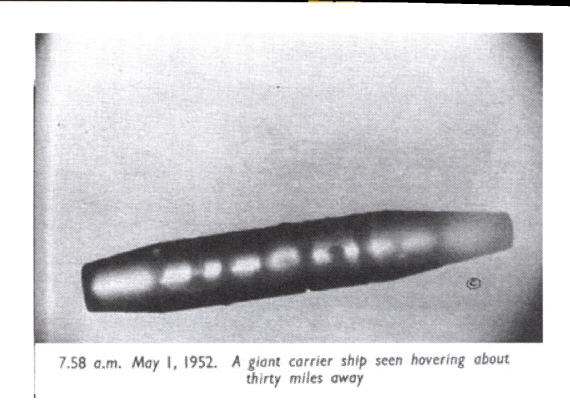 As the public’s interest in UFOs grew, so did Adamski’s notoriety. His claims led to him getting a number of paid speaking gigs with various organizations in southern California. In his lectures, Adamski routinely made wild claims, like stating that observatories such as the one at Palomar had confirmed that the Martian “canals” were definitely created by an intelligence. This position was highly disputed at the time, and confirmed to be flat out false in later years. He also asserted that scientific observation had confirmed intelligent life on every single planet in our solar system (yes, even the gas giants, somehow). This was a claim he would reiterate as part of even more outlandish statements as his reputation grew, even while more “serious” UFO investigators (or “ufologists,” as they liked to be known) found themselves annoyed by his assertions, believing the outlandish nature of his “knowledge” led many to dismiss the UFO movement as silly and disreputable.

In May 1950, Adamski took a photograph, the first of his to gain widespread attention. The photo purports to depict six spacecraft rising from the moon, and flying in formation. In truth, the image merely shows six bright spots in a rough line, against a dark background, which is too blurry to identify any distinguishing features. Nevertheless, the image captured the imaginations of many, and a much more detail-rich, flattering rendering of the image was even featured on a postage stamp in Grenada in 1978. While the conventional ufologists fervently gnashed their teeth, Adamski’s reputation continued to grow. 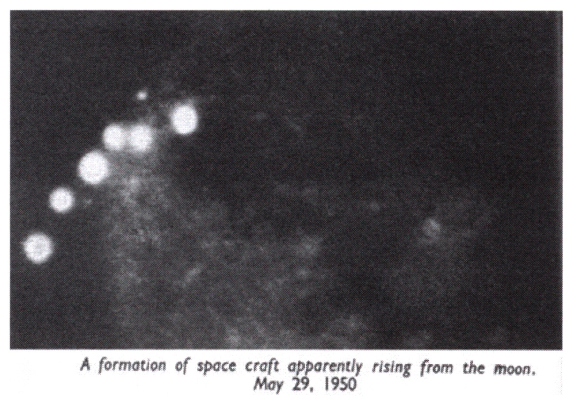 A “formation of space craft,” you say? Well, I’m convinced. Note how not in-focus it is

Adamski continued producing photographs, which he insisted were images of alien spacecraft, many of which were as vague and nondescript as the aforementioned “formation,” but some had much more clarity, and were harder to dismiss out-of-hand. It was in late November of 1952 that Adamski’s fame began to reach stratospheric heights. 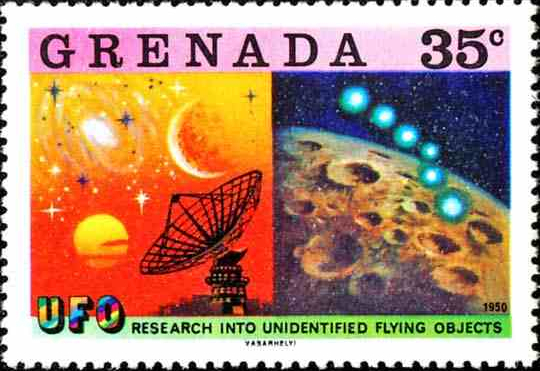 Even the “artist’s rendition” remains vague

As he and some of his followers were visiting the Colorado Desert near Desert Center, California, they professed to see a large, cylindrical craft hovering nearby. In his book The Flying Saucers Have Landed, Adamski says he exclaimed:

“Take me down the road – quick! That ship has come looking for me, and I don’t want to keep them waiting! Maybe the saucer is already up there somewhere – afraid to come down here where too many people would see them.”

Lucy McGinnis, Adamski’s secretary, drove him out into the desert, allegedly shadowed by the giant airborne submarine-shaped craft. Adamski instructed McGinnis to stop at what he considered the “correct” location, and he and a man named Alfred Bailey unloaded Adamski’s camera gear. He then instructed his companions to return to the others, for fear they would frighten the ship occupants, but instructed them to “watch closely.” Shortly thereafter, Adamski claims a “…beautiful, small craft appeared to be drifting through a saddle between two of the mountain peaks, settling silently into one of the coves about a half mile from (him).” The ship, appearing to be made of translucent metal, hovered there, while Adamski snapped several pictures via a camera mounted to his 6-inch telescope.

“Quickly I spotted it in the finder on my telescope, and as rapidly as possible I snapped the seven loaded films, without taking time to focus through the ground glass in the back of the camera. But I was hoping and praying all of the time that Lady Luck was with me and that the pictures would turn out well.

”As I removed each film holder with its exposed negative from the camera – an old Hagee-Dresden Grafles type – I put it in the right-hand pocket of the jacket I was wearing. Here, I was sure, these films would be safe from any accident.

“I took the camera off and replaced it in the box in which I had brought it. I then decided to see what I could get with the Brownie [camera]. As I snapped the first picture I noticed the saucer flash brightly as it moved away and disappeared over the same saddle through which it had first come, just as a couple of our planes roared overhead.”

(As might be expected, Luck was not, in fact, a Lady in that instance, and none of the plates produced useable images.) 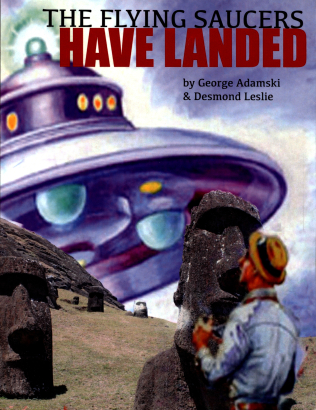 Lost in thought after watching the ship slip away, Adamski’s attention was suddenly drawn to a figure standing between two low hills about a quarter mile away. The figure appeared to motion to Adamski, inviting him closer.

“As I approached him a strange feeling came upon me and I became cautious. At the same time I looked round to reassure myself that we were both in full sight of my companions. Outwardly, there was no reason for this feeling, for the man looked like any other man, and I could see he was somewhat smaller than I and considerably younger. There were only two outstanding differences that I noticed as I neared him.

“1. His trousers were not like mine. They were in style, much like ski trousers and with a passing thought I wondered why he wore such out here in the desert.

“2. His hair was long; reaching to his shoulders, and was blowing in the wind as was mine. But this was not too strange for I have seen a number of men who wore their hair almost that long.”

“Now, for the first time I fully realized that I was in the presence of a man from space – A HUMAN BEING FROM ANOTHER WORLD! I had not seen his ship as I was walking toward him, nor did I look round for it now. I did not even think of his ship, and I was so stunned by this sudden realization that I was speechless. My mind seemed to temporarily stop functioning.”

Adamski described the alien as round faced with an extremely high forehead, with skin the color of an “even, medium coloured suntan.” His hair was sand colored and wavy, and “glistened more beautifully than any woman’s.” He appeared to be wearing some sort of one-piece uniform, shimmery chocolate brown in color, with a double band of a more golden tone around the waist. His shoes were the color of ox-blood, and, though woven, they looked much like leather, and the man somehow conveyed to Adamski that prints they left were important, as they provided valuable information about interplanetary travel to any who found them in the dirt. 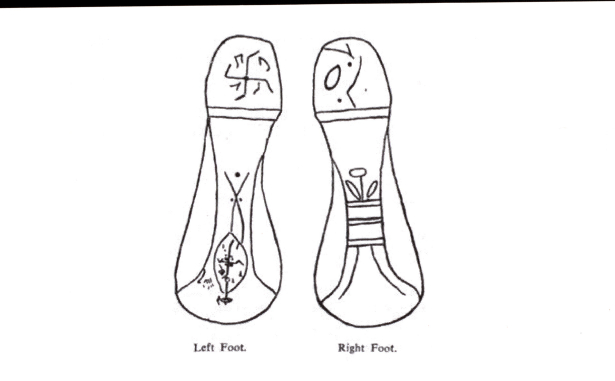 Footprints? Or guideposts to interplanetary travel?

The next several pages describe how Adamski and the alien communicated, using a combination of hand gestures and rudimentary telepathy (Adamski’s mind being too simple for direct mind-to-mind communication). He claimed that was able to discern that the visitor hailed from Venus (a planet which, even in that time, was known to have an atmosphere entirely unsuitable for human life). 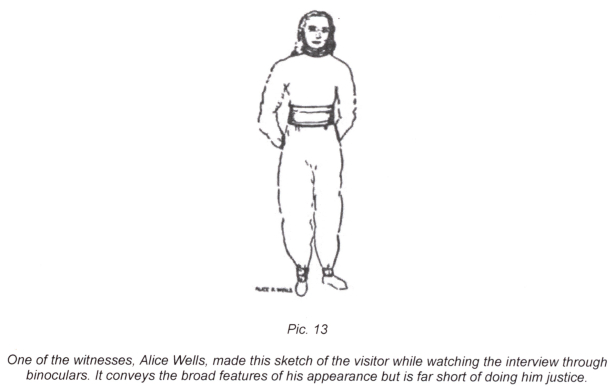 “Orthon,” an example of what came to be known as “Nordic Aliens,” due to looking exceedingly Nordic

Adamski was ultimately able to unravel the mystery of why the Venusian stopped by for a visit in the first place. The inhabitants of Venus (and multiple other planets in the solar system) were quite concerned with the nuclear explosions they had detected coming from our little blue marble. Not only were they concerned that we might accidentally wipe ourselves out, but feared the radiation generated might drift through space, and impact their world as well. 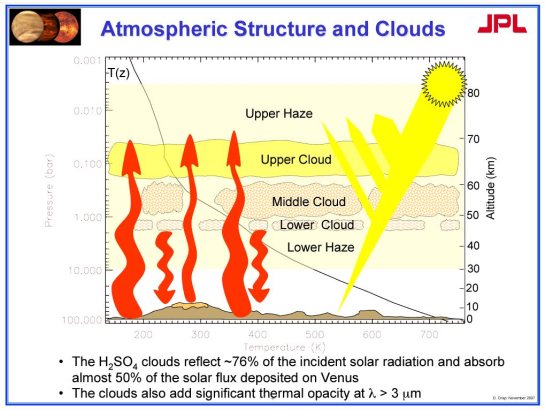 This is a very strange concern. Since Venus is significantly closer to the Sun than Earth, the planet is continuously bombarded by far more solar radiation than Earth is. Counterintuitively, due to its extremely dense atmosphere, less radiation actually penetrates to the surface. In either case, even if Earth were to have all its stockpiles of nuclear weapons detonate simultaneously, the amount of “excess” radiation, which would make it to Venus – or any other planet, for that matter – would be negligible.

On that note, I will draw this chapter to a close. However, the saga of George Adamski and the Venusian he called “Orthon” (not his real name) is far from over. Orthon would soon introduce Adamski to two of his friends, and together, they would embark on a journey few could imagine (though one obviously did).