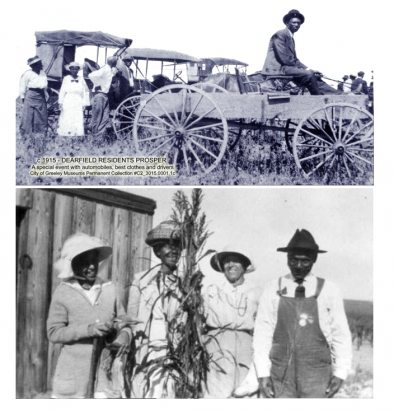 Knowledge surrounding the migration of African Americans to the Rocky Mountain West, especially Colorado, has always taken a back seat to the familiarity of the enormous migration of African Americans from the Southern part of the United States to the North—an event in American history known as “The Great Migration.” In fact, African Americans migrated to Colorado and other parts of the West before and after the Civil War, and they made enormous impacts that still exist today. Although there were not many families or individuals that migrated to Colorado, the few that came settled in Denver, Pueblo, Colorado Springs, and other smaller towns throughout the state. They were people like Henry Johnson, a black man from Missouri, who appeared in the 1870 Census as a servant in Trinidad; and Charles Hall, a barber, who on June 13, 1870, lived in a boarding house with four other African Americans in Arapahoe County. Census records show that Charles Hall was born in Maryland and obviously migrated to Colorado for one reason or another.

Additionally, there were families that migrated to Colorado to take advantage of the Enlarged Homestead Act of 1909. As described by Laurie Budgar of the University of Denver Magazine, this act gave an applicant ownership of land, typically called a “homestead,” at little to no cost. In their quest for a good life, these black settlers created communities such as Dearfield, in Northern Colorado, and The Dry, a homesteading community in Southern Colorado. Dearfield and The Dry were established by these early settlers with the hope that they would escape the racism that existed in the areas they had left behind. It wasn’t that easy. Often, the racism that existed east of the Mississippi followed them to the West. In addition to issues of racism, many black farmers faced difficulties farming the land in Colorado, which tested their fortitude and imagination. 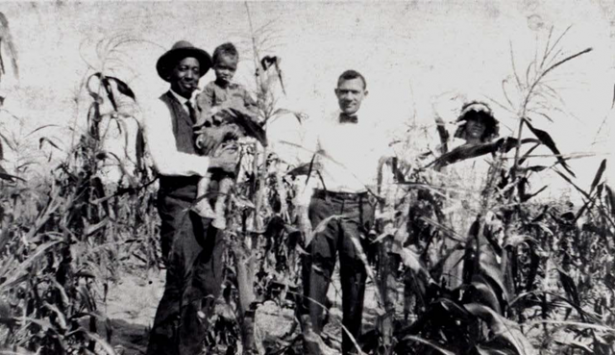 Courtesy of the City of Greeley Museums Permanent Collection

There has been much written about Dearfield, the all black town in Northern Colorado, 30 miles east of Greeley. Its founder, Oliver T. Jackson, established the African American settlement in 1910. He envisioned it as a place of solitude and accomplishment for black people, one that would be dear to the hearts and minds of the colonists that settled there. Dr. Joseph Peter Westbrook, a Dearfield settler who coined the name Dearfield by stating, “…because the fields are so dear to us,” had the same hope and dream as everyone else who settled there. Dearfield prospered for years and realized a population of over 600 residents in its heyday. Eventually, Dearfield succumbed to the pressures and harsh realities of farming in the West, enduring the Dust Bowl days, the Great Depression, the lack of a viable railroad nearby, and the absence of a sustainable water source to support its agricultural endeavors. These issues forced many of the settlers to flee the small town and relocate to larger, more viable communities. 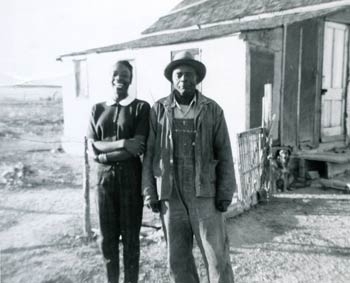 Alice (Craig) McDonald and her father, Harvey Craig at The Dry (1952) Courtesy of the A. McDonald Collection

Another African American town, The Dry—located in southern Colorado, eight miles south of Manzanola—is fairly unknown. The first settlers began arriving in 1915. The community grew to be home to about 50 black families seeking a better life and good farm land to raise a family. Harvey Craig was an early settler there.

The Dry was in the middle of nowhere. You could see miles and miles of wide open Colorado land surrounding the tiny town. Pressured by harsh realities and the lack of natural resources to create sustainable and flourishing lives, residents had to travel many miles for water—some say as far as 10 miles. Since 2010, Michelle Slaughter of Avalon Archaeology and Dr. M. Dores Cruz, assistant professor of anthropology at the University of Denver, have been excavating the site in a joint venture between the University of Denver and Avalon Archaeology LLC. The hope of this joint venture is to preserve the history of this small settlement and the people who lived there, while also preserving the history of African American migration to the West.

Preserving the history of African American migration to the West is very important. It tells a story that presently is only being documented by a few historians. The Great Migration of blacks moving from the Southern United States to the North was an enormous event in the history of this country. We cannot forget, however, to celebrate those individuals and families who braved harsh realities to move West and establish communities that still impact us today.

Thank you for your comment. I agree. These types of stories celebrate lesser know histories that are truly incredible.