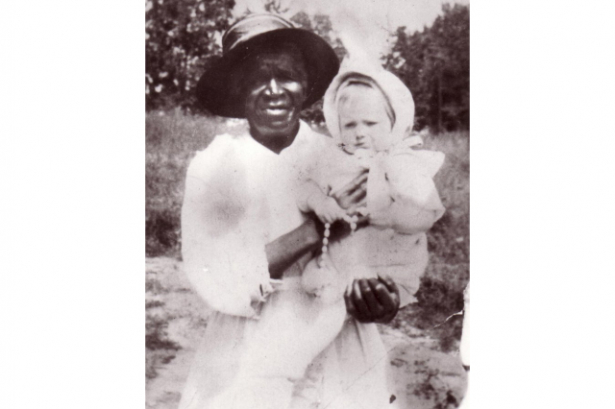 The beginning of Julia Greeley’s life is not precisely known. However, we do know that she was born in bondage either in or near Hannibal, Missouri, between 1833 and 1848, to parents George and Cerilda.

Julia was not aware of her age because during slavery, African Americans were considered property, and many times their enslavers were the only ones who knew the age of the women, men, and children who were enslaved.

Julia had a significantly damaged right eye that led to permanent disfigurement, and many remembered her to be nicknamed as “One-eyed Julia.” The story goes that when Julia was a child, her cruel white slave master was beating her mother with a whip when the end of the whip hit Julia's eye, causing the damage. 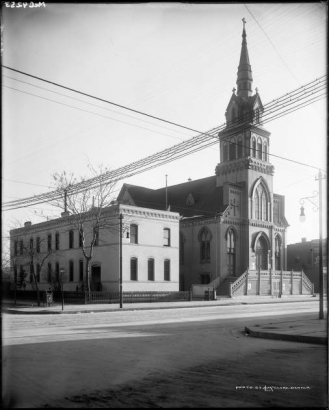 The Move to Colorado

In 1865, Julia Greeley became free under Missouri’s Emancipation Act. Once freed, she was able to earn money by serving white families in Missouri, Wyoming, New Mexico, and Colorado.

Similar to her origin story, very little is known about why Julia came to Colorado and with whom. Some say she was the maid to Horace Greeley and his wife, Mary Cheney. Horace Greeley was a politician and prominent editor for the New York Tribune. In his later years, he moved to Colorado in 1859, when Julia was named as a servant in the household. Many people believe that Julia adopted the name Greeley from Horace Greeley.

Others reported that Julia came to Colorado with Governor William Gilpin and his wife, Julia Dickerson. Julia Greeley remained a faithful nursemaid to the Gilpin family until she left to begin her new life at the Sacred Heart Parish in Denver, Colorado. She was baptized in the Catholic faith in 1880.

Julia could not read or write, but that did not stop her from helping others. She earned a weekly wage from sweeping and cleaning the Sacred Heart Church. Her work caring for the church brought her so much joy that she considered it her second home, as well as her Catholic faith priceless.

Julia walked over 20 miles each week delivering monthly leaflets of the Apostleship of Prayers to firefighters located all over Denver. The money she made was used to pay for the leaflets. Julia held great concern for the local firefighters because she knew just how dangerous their jobs were and how much they risked their lives helping others stay safe. The firefighters enjoyed listening to Julia and receiving her prayers for their safety. 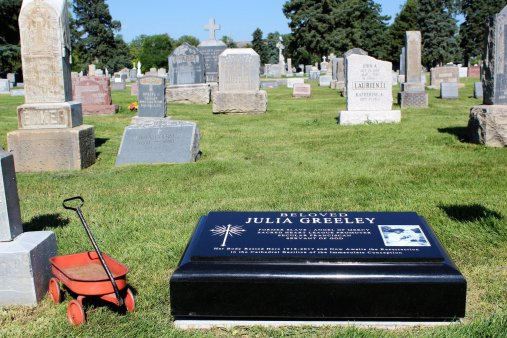 The Angel of Charity

Julia’s life was never easy, but she made room for laughter in her heart. She had an exuberant sense of humor and could laugh at nearly any situation. One day she arrived at church with her skirt turned inside-out. She made such a big scene with the children, who found it very funny. The church nun did not find it amusing and scolded Julia for her behavior. However, she did not care; she still thought it was funny and told the nun, “I know sister, I know.”

At night, Julia risked her safety walking down dark alleys with a disabled foot, visiting the homes of poor white families. She delivered food, clothing, mattresses, and other necessities. Her charity work was done during the night to avoid any embarrassment that might befall a white family because a Black woman was helping them — an indication of the racial prejudice and discrimination in Denver during the time period.

Julia had very little, but she was more than happy to beg for things to give to others. She exemplified the saying, “will give you the shirt off their back.” Those who knew Julia remembered a very kindhearted woman who always wore a bright smile and hope in her eyes. She made friends wherever she ventured, no matter rich or poor. Julia adored children, and they adored her. One family recalled that when Julia visited their home, she would make jelly sandwiches for the children and play games with them.

Through rain, sleet, or shine, Julia Greeley’s mercifulness and faith never stopped her from attending church services, even when she became ill.

On the morning of Friday, June 7, 1918, Brother John of the Sacred Heart church was preparing for services when a young Black girl frantically rang the doorbell. Through visible strain and sorrow, the young girl yelled, “Brother, quick, bring the priest. Julia’s at our house, awful sick. Mother thinks she’s dying.” Earlier that day, Julia had been walking to church when she became ill and made it to a friend’s home nearby. She was taken to St. Joseph’s Hospital, where she passed away. Julia is believed to have been between 76 and 85 years old when she died.

People from all over came to Julia's funeral to pay their respects. On June 9, 1918, her body was laid in state for five hours, which was the highest honor that could be paid to a Catholic layperson. One individual wondered if Julia's spirit still wandered the familiar streets.

...“She was far too active to lie quietly and still in her grave.  I can see her now, shuffling along with her rosary, and I can hear her say, “How’s you are, honey?” 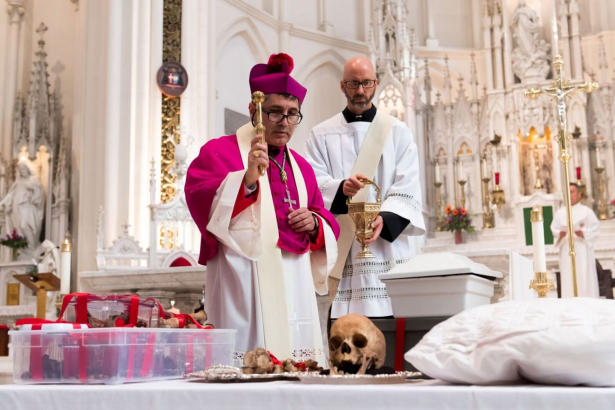 Transfer of the Remains Ceremony, Archdiocese of Denver

Was Julia a saint?

The Archdiocese of Denver opened Julia’s cause for canonization in December 2016, making her the first female and Black Coloradan to be nominated for sainthood. As a part of this process, Julia’s remains were moved to Denver’s Cathedral Basilica of the Immaculate Conception on June 7, 2017. The process for canonization can take many years to accomplish. Nevertheless, because of Julia’s tireless work helping others, a strong case could be made for her canonization. Whether or not she is ever officially recognized as a saint, the trials of her life as an formerly enslaved person and her unwavering dedication to helping those in need are recognized as characteristics of a saint in our eyes and in the hearts of those she helped. We honor her life by sharing her story.

Burkey, B. (2012). In secret service of the Sacred Heart: The life & virtues of Julia Greeley. Julia Greeley Guild.

*Editor's note - Corrected headline and canonization statements. Julia Greeley's cause for canonization was made December 2016. Her case hasn't completed the process of canonization to make her a Catholic saint.

Thank you so much for this touching story about this amazing woman, Julia Greeley. Despite her own hardships in America, she found the courage and strength to care for others. I look forward to reading more great articles like this one that unveil African American history of Colorado.

Thank you so much for your comment!  The story of Julia Greeley was very touching, and much was learned about her life here in Colorado.

Hail St. Julia!
As a native of Colorado 5 generations, this is SO good to know.
Thank you so much for this beautiful story. She will be honored in our home.

Thank you very much for your kind words. I am so pleased that you enjoyed the story about Julia Greeley. I, too, am a Colorado native, so reading about her was a thrill!

Greeley deserves to be better known! But this post is somewhat incorrect, her case for official canonization was officially opened in 2016 and she bears the title Servant of God, but not yet Saint. The investigation into whether to officially canonize her requires several further steps.

At the same time, Catholicism has plenty of saints who were never officially canonized, and Catholic theology about the communion of saints is quite broad.

Thank you for reading the blog, comments, as well as your corrections.

First time reading this app. Have heard something about this fantastic person, but not enough. Please continue the search. Such an amazing story. Ladies Auxiliary of St. Peter Claver need more information. Thanks so much.