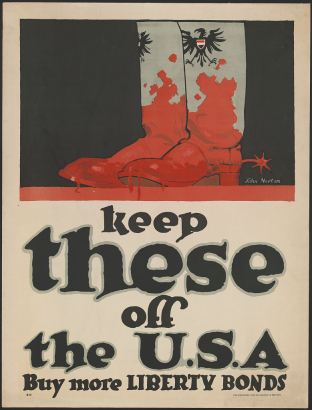 By 1917, World War I was in full swing across Europe as political tensions and domestic suspicions flared across North America as well. Along the US-Mexico border, President Venustiano Carranza was amassing 100,000 soldiers to stave off any potential attacks by the US. The US had invaded Veracruz in 1914 and pursued Pancho Villa into Mexico just a year prior. Woodrow Wilson likely had eyes on the Tampico oil fields as the war churned on overseas. At the same time, Mexico had declared neutrality in the war, but the US was aware of German envoys flirting with Mexico to bring them to the Kaiser’s side. The world was on fire as neighbor turned on neighbor, both in a figurative and literal geopolitical sense.

In April 1917, Nick Eiloff, a Bulgarian miner working near Steamboat Springs, Colorado, was arrested after declaring,

“Wilson ought to be killed. Some one ought to take a gun and kill him. The United States has no business in this war. If I could get across the border, I would help Mexico fight this country.” - Rocky Mountain News April 25, 1917

A crowd gathered, threatening to lynch Eiloff until he was spirited away to federal custody in Denver - the first person to be arrested in Colorado under a federal warrant. A few weeks earlier, Kari Burk had been arrested by police at Thirteenth and Laffayette and charged with pro-German machinations. Burk, too, was transferred to federal custody. This would be the beginning of military internment of “enemy aliens'' in Colorado. The US had just declared war on Germany three weeks earlier on April 2 . 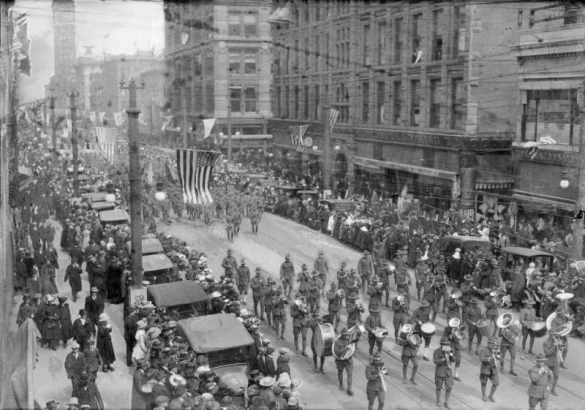 A federal order passed requiring all subjects of enemy governments to turn over their guns, ammunition, explosives, or similar articles (including wireless telegraph equipment). On the flip side of the ledger, the US needed soldiers. In July 1918, the Chamberlain Resolution passed, making “friendly aliens” eligible for the draft. Both the Japanese and Chinese were completely excluded as they were not eligible for citizenship. Likewise, neither were citizens of enemy nations. US citizens who had joined foreign militaries before the US joined the Allies had to now join the US army if they wanted to maintain their citizenship. President Wilson also granted full citizenship to Puerto Ricans in order to draft them.

On December 7, 1917, the US declared war on Austria-Hungary, broadly expanding the ranks of those declared to be “enemy aliens.” According to the Rocky Mountain News December 5, 1917, this affected 1,174,973 Austrians and 405,000 Hungarians living within the US. Among other impacts, nearly half of the miners working in Colorado were potentially “enemy aliens.” Austrians were even a majority in some mining operations. While citizens of enemy countries were excluded from more sensitive parts of the economy, coal mines were excluded as coal was vital to the war effort. 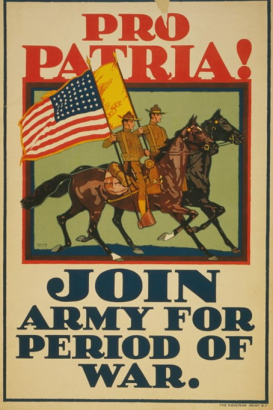 At the same time that non-citizens in the US were coming under intense scrutiny, Uncle Sam had a war to fight and saw fit to call up 1,243,801 of them in the draft by the beginning of 1918, including over 40,000 “enemy aliens.” At least 280 resided in Colorado. At the same time, enemy aliens were made to carry registration cards that included their photo and thumbprint. As an interesting side note, the head of the Enemy Alien Registration Section at the Justice Department was a young J. Edgar Hoover. The so-called enemy aliens were not allowed to migrate between cities and, according to the Colorado Springs Gazette February 24, 1918, any US citizen could demand a suspected “enemy alien” to produce their documentation. Refusal was to be reported to authorities for investigation.

By March, the Foreign Relations Committee pushed to ban “enemy aliens” from participating in national elections. Ten states still allowed non-citizens to vote after they declared their intention to become citizens. While Colorado was not one of those states, in April the elections commission assembled a list of those who had registered and voted for the US attorney to be charged with perjury. This is where things started to get particularly ugly. Local papers published the names, addresses, and accusations of false voter registration and voting. In Denver, this began with about 40 names. 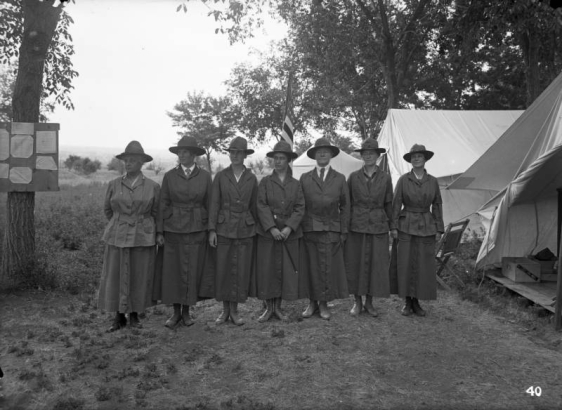 In April, a number of those accused came forward with their naturalizations and some even had proof they were born in the US. On April 20, President Wilson expanded the prohibition of “enemy aliens” in areas like waterfronts and warehouses to Austrian and German women, likewise adding possible repercussions such as arrest and internment. The earlier prohibitions focused on males over age 14. On April 21, 1918, the Denver Post estimated the number of German women in the country at 400,000. These were not minor inconveniences and diplomatic representatives from Switzerland and Sweden even visited the US in order to give aid to indigent families of interned people and the interned themselves. Like the Japanese in World War II, those interned often lost their livelihoods and families suffered long-term repercussions.

With the new federal order to register “enemy alien” women, the Denver Police Department undertook the assembly of a list of names and addresses of said women. This undertaking took a darker turn on June 26, 1918, when the Denver Post published a wall of text that included the names and addresses of hundreds of Denver women. They also suggested many were opposed to the interests of the nation. It was not until a month after the end of the war in November 1918 that Wilson began to pull back some of the restrictions. By May 1919, the army removed restrictions on former “enemy aliens” and non-English-speaking recruits. While various legislation sought to deport those interned and even prohibited immigration from war-torn nations, in September 1919 the restrictions on those designated “enemy aliens” were fully lifted. Germans and Austo-Hunarians were finally granted the right to naturalization as full US citizens.

For those who had ancestors in Denver during this time, feel free to check out the list of “enemy alien” women. We also encourage you to share any family stories related to this program.

Feel free to come to our Central Branch and ask to see our clipping file on this interesting bit of history. MILITARY LIFE.  WORLD WAR I.  1914-1918. ENEMY ALIENS.