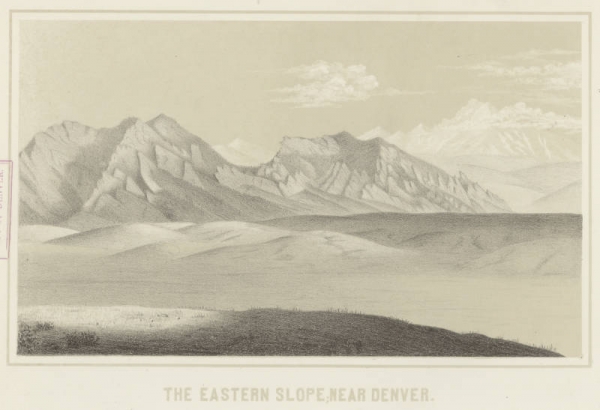 A newly processed collection of papers in the Western History and Genealogy Department (WHG) gives insight into the life of artist Alfred Edward Mathews (1831-1874). Mathews is known for his drawings of Civil War battle scenes and the landscapes of Nebraska, Colorado, Montana and California. 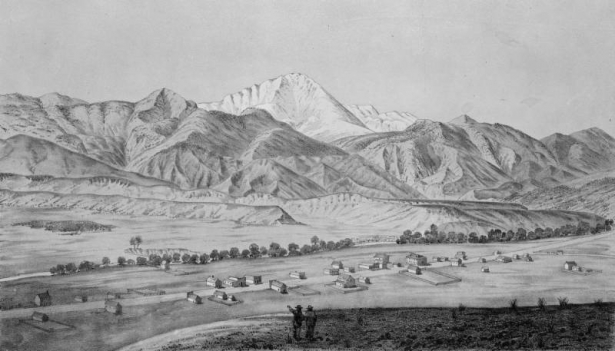 Alfred Edward Mathews was born June 24, 1831, in Bristol, England. His family moved to the United States in 1833 and settled in Rochester, Ohio, where Alfred spent his childhood.

Mathews became a typesetter in the office of the Ohio Democrat newspaper, which his brother, Charles, owned. During the 1850s, Mathews worked as a traveling bookseller and visited Maine, Vermont and New Hampshire. He then traveled south and taught at a country school in Tuscaloosa County, Alabama. 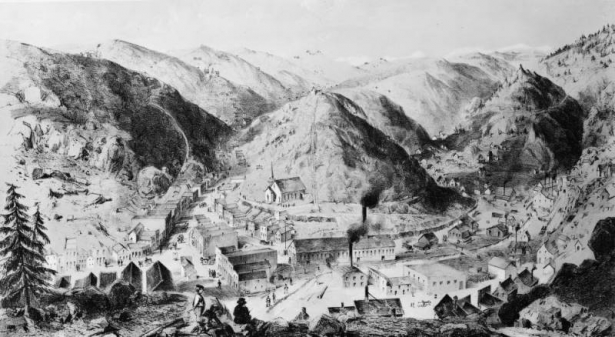 When the Civil War began in April 1861, Mathews returned to his father’s home in Ohio and enlisted in Battery A, 1st Ohio Artillery of the Union Army. He was transferred to the 31st Ohio Volunteer Infantry and served for three years, participating in the Siege of Corinth and the Battles of Stones River, Lookout Mountain, and Mission Ridge. During his military service, Mathews prepared topographic maps and drew scenes of war. These drawings were later published as lithographs. Mathews created a canvas panorama of the capture of Vicksburg and the Battles of Stones River, Lookout Mountain, and Missionary Ridge, which he exhibited in 1864 and 1865. 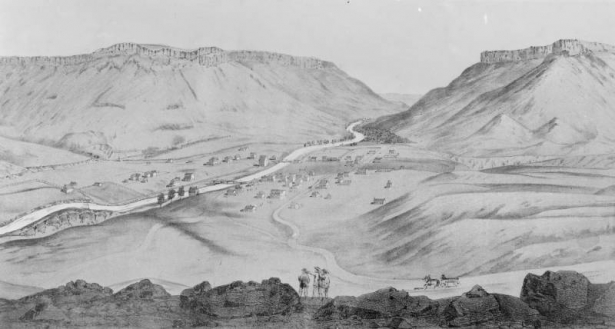 Mathews went to work in the nearby mountains to sketch the mining and milling industries. In early March 1866, lithographs of four of his sketches were published, including a bird’s eye view of Denver and views of Larimer Street (noted by Mathews as “Laramie Street”), Blake Street and F Street. These sketches, along with 32 others which depicted the Snowy Range and the Colorado towns of Blackhawk, Nevada and Central City, were published in a book of lithographs entitled Pencil Sketches of Colorado (1866). 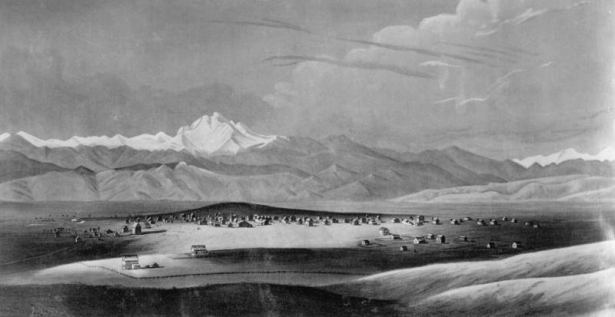 [between 1942 and 1960]
Longs Peak from Longmont in early settlement

Mathews continued his travels through Colorado during the summer and autumn months of 1866, visiting Colorado Springs, the mines of southern Colorado, the headwaters of Clear Creek, South and Middle Parks and Long’s Peak.

Mathews traveled east in the winter of 1866-1867, but returned to Denver in May 1867 to sketch. He traveled to Montana in the fall of 1867 to make drawings, which would later become part of a book of lithographs entitled Pencil Sketches of Montana. Around that same time, Mathews created a panorama of Rocky Mountain scenery, which he exhibited in Colorado and Montana in 1868 and 1869. Mathews acquired land in Cañon City, Colorado, in 1869 with the intent of raising stock. He published Gems of Rocky Mountain Scenery in 1869 and Canyon City, Colorado, and Its Surroundings in 1870.

Mathews spent the winter of 1872-1873 in Southern California, sketching San Diego, Los Angeles and San Bernadino. By the spring of 1874, Mathews was again living in Denver. Shortly thereafter, he acquired a mountain home on the Big Thompson River, 22 miles northwest of Boulder.

In the autumn of 1874, Mathews became ill with what is believed to have been appendicitis. He died in his home on October 30, 1874.

The Alfred Edward Mathews Papers (WH1679) are available for research in DPL's Western History and Genealogy Department, along with the following materials: 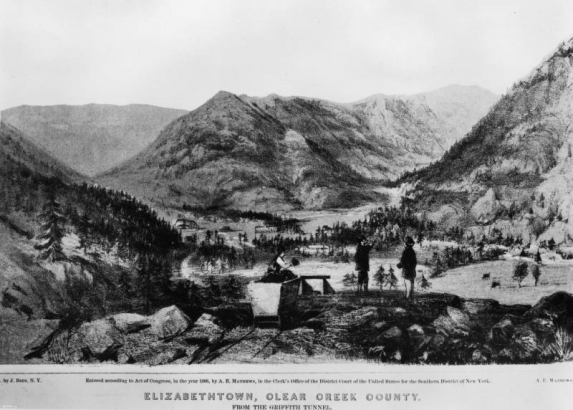