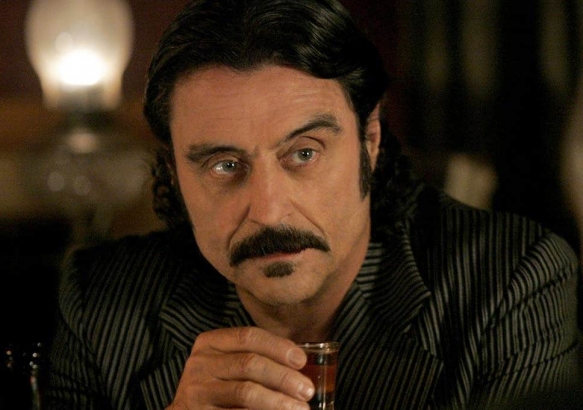 With the release of the new two hour series epilogue on HBO this month, many have been revisiting the original Deadwood series and this particular corner of Old West history. As such, we received a request from 9News for any relevant information for an upcoming story. As luck would have it we found much more than we bargained for. 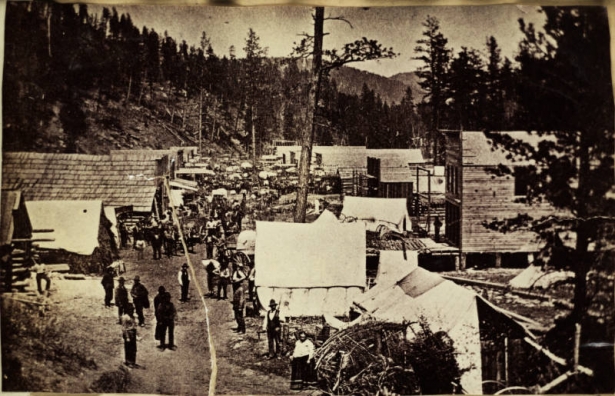 We knew we had a number of photos depicting the evolution of the town of Deadwood, but decided to take a closer look at the story of Ellis Albert Swearengen (aka Al Swearengen.) It had long been established that he had died in Denver and most sources agree on the date of November 15, 1904. The story would sometimes alternate between him falling off a train and falling off a streetcar, though rails were always involved.

One of our more interesting local collections, oft used by genealogists, but less often utilized by historians is the Horan Mortuary Collection. The thing that sets these mortuary records apart is that Horan also operated as the Denver coroner for four terms, from 1900-1918. These records are awash in shootings, suicides and overdoses. But the focus of this story is the November day in 1904 when Al Swearengen's corpse was found beside the railroad crossing on Alameda Boulevard.

The men who knew him in town referred to him as Al Ellis; he likely assumed this alias since his twin brother Lemual, a curiously successful butcher, was shot five times back home in Iowa the month before. As the coroner's inquest states, the crushed legs and ribs and fractured skull would be consistent with falling off a train, but they would likely also be consistent with having been thrown from a train or having been beaten to death. We may never know. What we do know, contrary to the two-hour Deadwood movie, is that he did not die in bed in South Dakota. The report also shows that his remains were sent back to his family in Oskaloosa, Iowa. This detail regarding his home town was one of the ways we were able to see through the alias under which his body was listed. 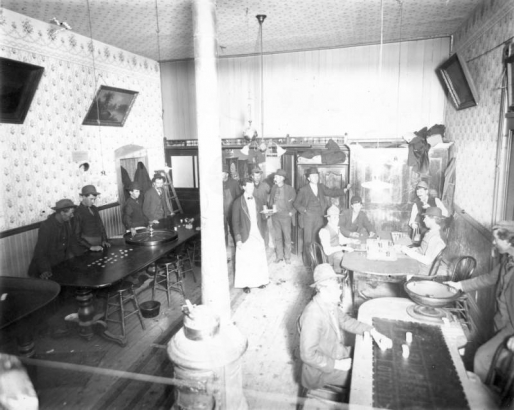 While fans of the show would be unsurprised by Al finding a bad end, they will be less surprised to find that the women in his life often suffered more. We turned up an article in the October 25, 1884 Carbonate Chronicle detailing the life of Al's first wife, Nettie. According to the paper, she had been a charming young variety actress in 1874/1875 when the notorious outlaw Edward Frosham shot and killed her husband Charlie Peasly in front of her in a bar in Wyoming.

By 1876, she met and married Al Swearengen, a bartender at the theater in Laramie. They first tried running a dance hall in Custer City, South Dakota and soon landed in Deadwood. It wasn't long before the Swearengen personality known by fans of the show and his future wives came to the surface. According to the newspaper, her beauty drove him into jealous rages during which he would beat her mercilessly.

It didn't take long for her to escape and, eventually, make her way to Leadville, Colorado. She arrived in 1880 and was said to be the "ward" of one Albert Marshman. Another article said she was afflicted with dropsy, a swelling of the body now associated with other ailments such as liver disease. Within four years she was dead of whiskey and morphine at 30 years of age. While Deadwood captures the horrific nature of life in Old West cities and mining camps better than most westerns, its hard to accurately display how close life was to the edge on the frontier.

Feel free to pay us a visit and have a look at these and other fascinating bits of history at the Western History and Genealogy Department inside the Central Branch. You can also look at a digital version of the Swearengen coroner's inquest here.

I have always loved westerns, deadwood shows how life really was. especially for women. Not always so pleasant. It was a hard life for all,

Thanks for reading. After generations of romanticizing the West, people often forget how dirty and brutish it could be.