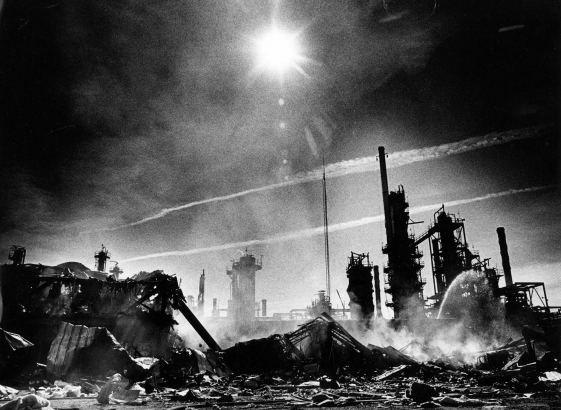 Just before dawn on October 3, 1978, a huge explosion was heard and seen around the Denver metropolitan area. The fire at the Commerce City location of the Continental Oil Company (Conoco) refinery killed three people and injured eleven. The blaze was contained by 11 a.m. at the site (now known as the Suncor refinery), though the fire continued until it burned itself out by that afternoon. While there was one major explosion, firemen were rattled by smaller explosions during the time they fought the fire.

Reporters that were able to get near the explosion site said that the area resembled a war zone with, "hissing flames, chunks of twisted metal the size of car doors, and buildings with their sides and doors ripped off," (Denver Post, Oct. 3, 1978). The explosion sent a 500-foot orange fireball flame into the sky, and even measured 1.5 on the Richter earthquake scale near the office of the U.S.G.S. in Golden, Colorado. Estimates, at that time, were $5-10 million in damages.

More than 40 businesses and homes reported damage, some several miles away. Gary Thomas, personnel director for Conoco, said the plant employed about 160 employees. Had the blast occurred an hour later, when more people would have been working, the loss of life would have been greater. Only 13 were working at the time of the blast (Denver Post, Oct. 4, 1978). Firemen managed to keep the blaze from spreading to the refinery's large storage tanks, which had a capacity of 1.5 million barrels. The closest of the tanks were about 200 feet from the blaze. Of the 85 firemen at the scene, only one was injured.

The refinery, which was built in 1940, manufactured gasoline, propane and butane. At that time, it supplied about 15% of the Denver area's petroleum products. At first, there was worry of gas shortages for local stations, but after an assessment, Conoco officials said the shutdown would not likely cause any serious petroleum supply issues in the Denver area.

The explosion was centered on a $2.5 million gasoline-making unit that was only two weeks old. The unit was left a smoldering jumble of pipes, valves, towers and platforms. Initially, the explosion was thought to be touched off by fumes or vapor, and the plant did not have a vapor detection system. Later investigations by the U.S. Occupational Safety and Health Administration charged Conoco with 14 safety violations, asserting that the company either turned down or allowed turn down of certain pressure relief valves. This led to pressures above settings that were recommended. Investigators believe the explosion was caused by vapor that leaked from a valve unit used in the production of gasoline. Destruction caused by the blast made it impossible for investigators to determine the exact source of the leak or spark that ignited the vapors (Rocky Mountain News, Jan.13, 1979).

The refinery reopened for fuel production over the Memorial Day weekend in 1979. The refinery was fully reconstructed toward the end of 1980, when capacity was restored to its former 32,000 barrels a day of crude oil. Many Coloradans remember this spectacular show of fire and smoke, and the tragic destruction and loss of life it brought. 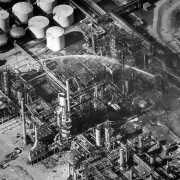 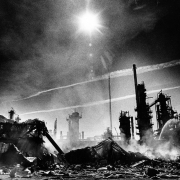 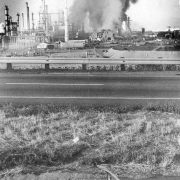 Yes I do remember on 4,7,&9 news about it at the time I was working at Safeway E Hampden/S Chambers Rd S Aurora Age 21 at the time thank you kevinward1236@gmail.com

Glad you enjoyed the blog Kevin!

I recall it as I was working directly across I-270 when it happened. We should have been evacuated .