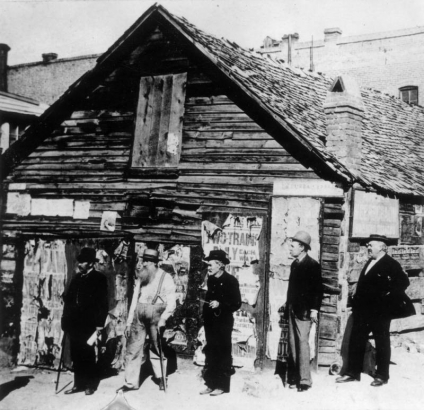 Reading the morning (or evening) newspaper was once a ritual in practically every home across the United States. This daily dose of information was a crucial element in how communities grew and how citizens related to the events that shaped their lives.

Though the daily newspaper is seemingly breathing its last gasps, its legacy as a historical resource will live on for the foreseeable future. Even better, accessing the wealth of information housed in the more than 3,000 Colorado newspapers just got a whole lot easier thanks to Colorado Newspapers: A History & Inventory, 1859-2000 by Jane C. Harper, Craig W. Leavitt and Thomas J. Noel (aka, Dr. Colorado).

Colorado Newspapers was the brainchild of the late Jane C. Harper. Harper, who spent most of her life working as a journalist in Colorado, was unable to complete the book before her death, but Noel and a crew of other Colorado historians picked up Harper's mantle, trimmed her text down by more than 50% and took it to press.

The result of their efforts is an amazing work that covers somewhere in the neighborhood of 3,000 Colorado newspapers. Included in this list are loads of ethnic newspapers; foreign language newspapers; and newspapers from towns that have been abandoned for longer than they were active.

Colorado Newspapers goes well beyond the basic facts (run dates and locations) and includes hundreds of detailed entries describing the story of the papers and whom they served.

As you might expect, most of these papers have long since passed to history. In a recent column in the Denver Post, Noel said that upwards of 90% of the papers listed in the book are no longer with us.

Fortunately, Colorado residents (and guests) can access a very large number of these papers on microfilm both here at the Denver Public Library's Western History & Genealogy Department and at our sister organization, History Colorado.

Whether you're looking for primary sources for a History Day project; beefing up a family history; or just want to learn more about how daily newspapers impacted the growth of the Centennial State, Colorado Newspapers: A History & Inventory, is well worth your time.