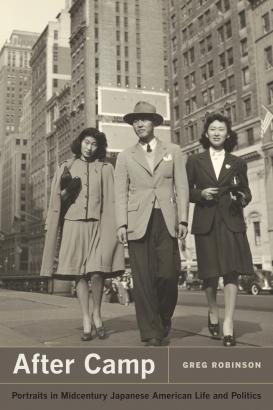 The Western History/Genealogy Department is pleased to announce the winner of its prestigious Caroline Bancroft History Prize for 2013. Two honor books have also been named. The Department presents the Caroline Bancroft Prize annually. According to the terms of the will of the late Caroline Bancroft, provision is made for an annual prize to be awarded to the author of the best book on Western American History published during the previous year, to be known as the Caroline Bancroft History Prize. During the past seven months, a committee of nine volunteers from the Western History/Genealogy Department considered approximately seventy books submitted by publishers before selecting the winner and the honor books The winner of this year's prize is After Camp: Portraits in Mid Century Japanese American Life and Politics, by Greg Robinson. Our winner was published by The University of California Press. Two runner up submissions were named as honor books in this year's balloting. They are: The Allotment Plot: Alice C. Fletcher, E. Jane Gay, and Nez Perce Survivance, by Nicole Tonkovich, published by The University of Nebraska Press and Wild Horse Annie: Velma Johnston and Her Fight to Save the Mustang, by Alan J. Kania, published by University of Nevada Press. Congratulations to all three authors and their publishers for making these wonderful works available to the Bancroft Committee for their consideration.