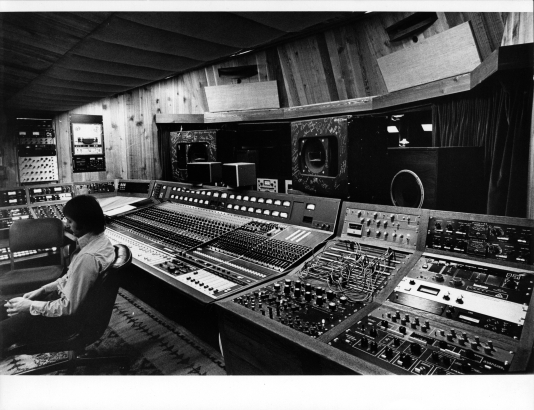 The 1970s in the United States were exemplified by shifts in the political identity of the nation and scandals at the highest levels of government. The intensity of the civil rights movement was expanding with a new feminist wave and the gay liberation movement. At the center of all of this was a generation that had spent their childhoods in a rigid post-war society and came of age in a period of great unrest. Their political and economic power was on the rise in the 1970s and the Baby Boomers would dictate the soundtrack of that period. An astounding portion of that soundtrack would be recorded and crafted in a small, unlikely studio set outside of Nederland, Colorado.

The town of Caribou was incorporated in 1870 as the result of a major silver strike. Throughout the century that followed, Caribou was operated primarily as a ranch. In the 1950s, it was known as a vacation spot for many members of high society. In 1965, it came to be known as a backdrop for the star-studded remake of Stagecoach. By 1972, the history of Caribou Ranch would take a very interesting turn. In that year, it was purchased by Jim Guercio, the manager of the band Chicago. 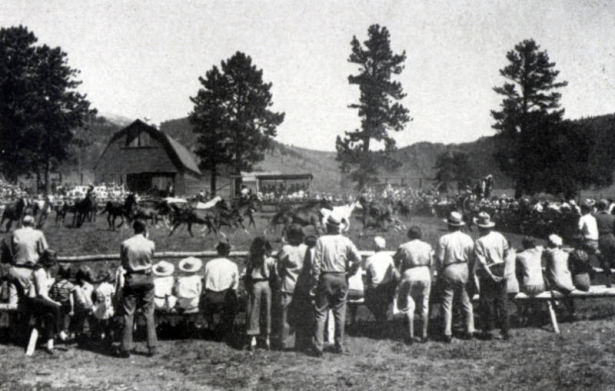 The barn that was later converted into the recording studio at Caribou Ranch can be seen at the back of this photo of a Sunday horse show during the 1940s at the Lazy VV Ranch.

Guercio immediately got to work turning part of the 3,000-acre ranch into a professional studio in a state that, at the time, was better known for demo studios. The technology was cutting-edge, including a 48-track mixing board with digital displays. Within months, Caribou Ranch Studio had produced its first album. Joe Walsh, who had already been living in the mountains near Boulder, put together a new band called Barnstorm. Their first album (self-titled) was fully recorded at Caribou. The following year, the band Chicago spent over a month at the ranch recording parts of their sixth album and filming a television special. Chicago pianist Robert Lamm said of the experience,

“Everybody’s playing better after spending a month up here…I’ve done my writing in the cities, I’ve done writing on the road. - I’ve done my best writing here.” - Denver Post, July 15, 1973 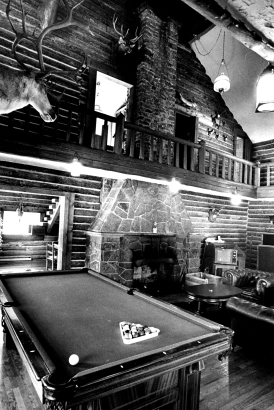 In 1974, even Billboard magazine took notice and published a “Spotlight on Colorado.” While the actual music scene in Colorado was known primarily for folk acts like John Denver, Billboard focused on the behind-the-scenes music industry working in Colorado, with high praise heaped upon the Caribou Ranch studio. More importantly, the ranch became a prime destination for major acts almost immediately. By 1975, Elton John had recorded three entire albums at the studio, including one named for the ranch itself. Grant Tyson, the author of the “Rock Stew” column in the Denver Post, visited the ranch for a tour in 1976. He recounted watching a few minutes of the newly released film Jaws on the special closed-circuit video system. A giggling woman sat watching the film next to him.

“Say, gee, you look awfully familiar. Do I know you from somewhere?”

“Where do you suppose?” 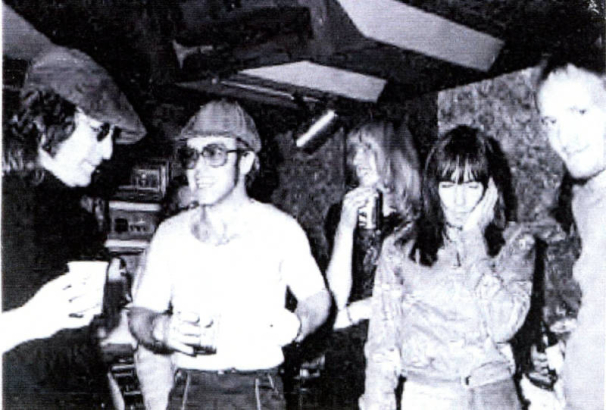 The same Denver Post column relayed a charming story in 1977, in which famed jazz musician Chick Corea was in the studio complaining of cold fingers and the lack of oxygen at the 9,000-foot elevation. As one might imagine, a 1970s hub for the rich and talented was not without a bit of debauchery. In 1976, a member of the ranch was arrested while purchasing a half pound of cocaine. Bernie Taupin, famed writing partner of Elton John once commented,

“We were pretty whacked out in those days. I don't know where there was more snow, in the mountains or in the cabins.” Denver Post April 8, 2001

John Lennon even made an appearance in 1973, during what many have referred to as his 18-month “lost weekend.” One of Guercio’s favorite memories looking back was letting Stevie Wonder drive his Jeep a short distance around the property. 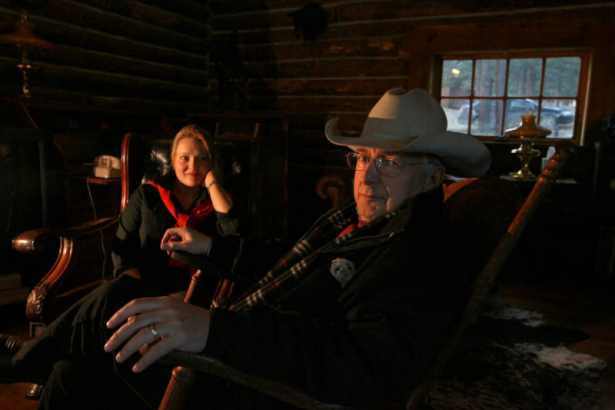 Jim Guercio got his start in the '60s band The Buckinghams before producing Blood Sweat & Tears and most famously Chicago. He took his riches from those and started a variety of projects, most notably Caribou Studios. Located in the mountains near Ne...

The studio continued cranking out major albums, including everything from Ronnie James Dio to Amy Grant to the mixing of U2’s famous live Red Rocks album, but that all came to a screeching halt in 1985. In March 1985, a space heater started a fire that caused serious damage to the studio itself. Guercio decided not to bring the studio back to its previous glory, in part because he and his wife were raising children and he felt the decadence and drug use in the industry was becoming incompatible with his family’s needs.

Over the years that followed, Guercio sold off parcels of the ranch, including a large portion that became part of Boulder’s open space. Guercio also tripled the value of the University of Colorado Boulder’s recording equipment by donating $100,000 worth of Caribou’s recording equipment. One can easily imagine that this same equipment helped develop the next generation of music producers and studio engineers. What we do know for certain is that this studio tucked into the Rocky Mountains was responsible for some of the most iconic music of a generation. The studio was inducted into the Colorado Music Hall of Fame in 2017. In the words of Joe Walsh,

“There was a great artistic community in those days around Denver. Tommy Bolin was alive and well. (Stephen) Stills was in Colorado with Manassas. Richie Fury from Buffalo Springfield was there. A whole bunch of folks. It was a real creative time for all of us.”

A non-exhaustive list of those who visited Caribou Ranch Studio includes:

Photo Gallery:
The barn that was later converted into the recording studio at Caribou Ranch can be seen at the back of this photo of a Sunday horse show during the 1940s at the Lazy VV Ranch. 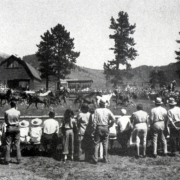 While trees may have grown over the years, the site has always been a beautiful locale, from its days as a horse ranch through the arrival of Caribou Ranch recording studios in the '70s. 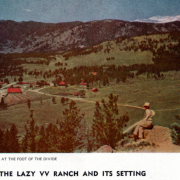 A cattle drive approaches the front gate of the Lazy VV Ranch near Nederland during the 1940s. The two V's in the ranch's name came from founder L. W. Van Vleet. The location later became home to the Caribou Ranch recording studio. 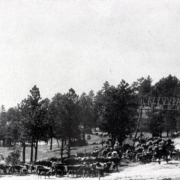 This is a great story about the ranch, listing Earth, Wind & Fire in the also-ran section at the end, missed the opportunity to observe that the reason a black soul music band recorded there was because three of the band at that time, including lead singer Phillip Bailey, were from Denver.

They were indeed, Mark, as well as East High School graduates, as I recall. We have Philip Bailey's book Shining Star available on our shelves for any interested in checking out this bit of Denver history.

I received my degree in Music Engineering from the University of Colorado and had the pleasure of using the NEVE mixing board that was donated from Caribou Ranch. The late Roy Pritts who taught engineering at CU at the time had a lot to do with helping that acquisition happen. Thanks for the interesting article!

Thanks so much for sharing that, Mike! Is the one donated to CU the same one in the early photos?