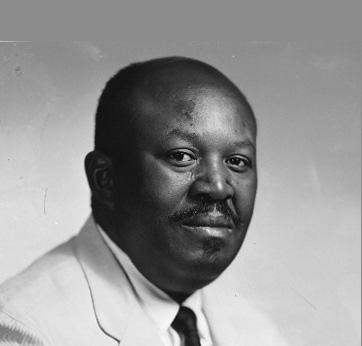 ﻿The McCloud Collection stands alone as the documentation of a unique time and place in American History - the flourishing of Denver's African-American community during the crucial years between 1940 and 1980. Apparently on the guest list everywhere, this dedicated self-taught photographer captured countless rare moments and festive events that are preserved in the some 100,000 photographs of his that are housed in the Western History photo vaults. Gems include candid shots of Martin Luther King, Duke Ellington, Jesse Jackson, and Mahalia Jackson, a personal friend.

Burnis (Mac) McCloud was born May 5, 1908 in Birmingham, Alabama to Mamie McCloud (later Saunders) and the Reverend F.W. McCloud, pastor of Evnon Baptist Church in Altoona, Alabama. McCloud's interest in photography began at age ten when he found camera parts while rummaging in a junkyard. McCloud took the parts to a photography store where the owner told him if the boy could put the camera together, he would teach him to use it. McCloud graduated from Birmingham's Industrial High School (now Parker High School) in 1928. He moved to Denver in 1930 and worked as a custodian in the State Capitol building.

In 1939, McCloud entered a photograph of his son, four-year-old Burnis, Jr., wearing his father's huge ten gallon hat, into a contest sponsored by Eastman Kodak for the New York World's Fair. He won and the photo was exhibited at the Fair. World War II intervened. In 1945, he returned to Colorado from serving in the U.S. Army in the Pacific to custodial work in the State Capitol. McCloud used the GI Bill to earn a B.A. from the University of Denver in 1950. In 1952, when the Capitol’s maintenance contract was given to private companies, he was unemployed. He decided to work as a photographer.

McCloud worked out of his home darkroom at 2401 Race Street, Denver, Colorado, and was meticulous in developing his prints. He never learned to drive, walking everywhere with his heavy Speed Graphic Camera. It was not unusual for him to shoot three weddings and an evening cocktail party on a Saturday. If he was shooting a convention, he would be in the darkroom all night and bring the fresh prints back to the convention in the morning.

McCloud married Claudine Smith in Denver in 1933. The couple later divorced. Their son, Burnis, was born in 1934. In 1952, he married Ellen Moose and they had a daughter, Adonnica Louise. Ellen was the first social worker at Denver's first YWCA for blacks and earning a Masters in Social Work from the University of Denver. The couple later divorced. McCloud married Marsaline Estes in 1958. Their marriage lasted until his death.

McCloud was a member of Zion Baptist Church and active in several organizations including Kappa Alpha Psi fraternity and the Owl Club of Denver. He was also a Mason and a Shriner.

In the 1980s, complications from diabetes, including failing eyesight, forced McCloud's retirement. He died December 4, 1990 and is buried at Fort Logan National Cemetery in Denver. 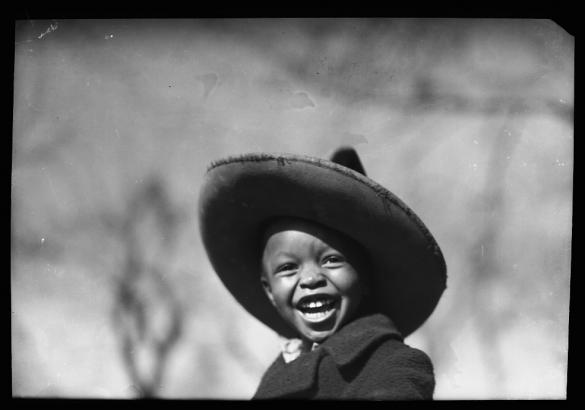 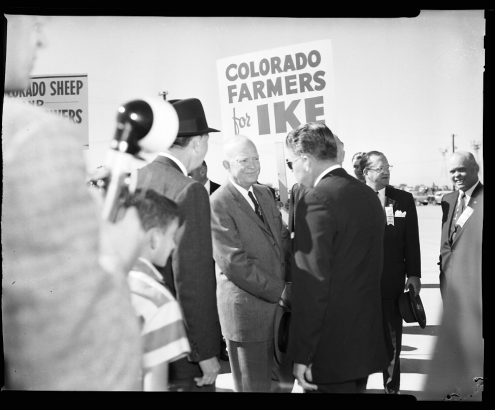 Working as a janitor at the Colorado State Capitol building, McCloud had some connections and was able to get close to politicians and notables. 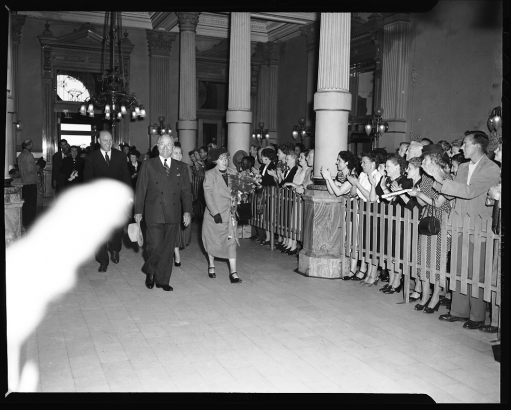 Burnis McCloud was personal friends with Martin Luther King, Jr. and made many photographs of this American icon. 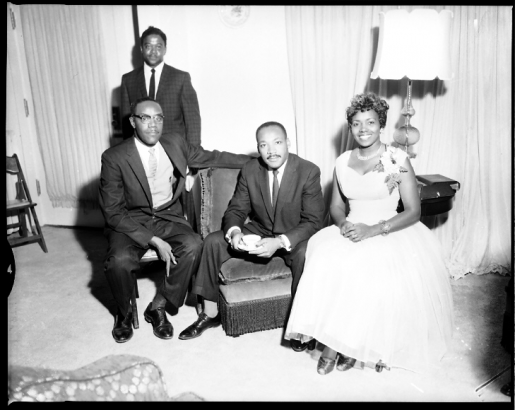 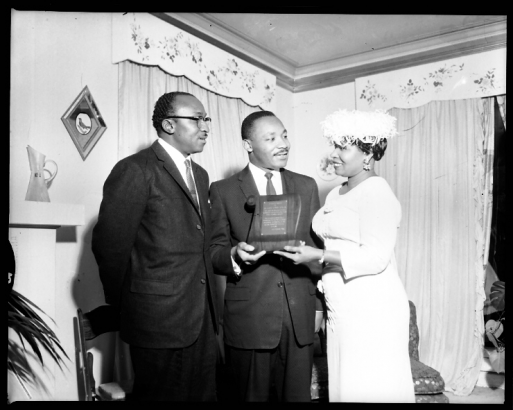 He captured images both posed and candid: presenting an award, or joking around. 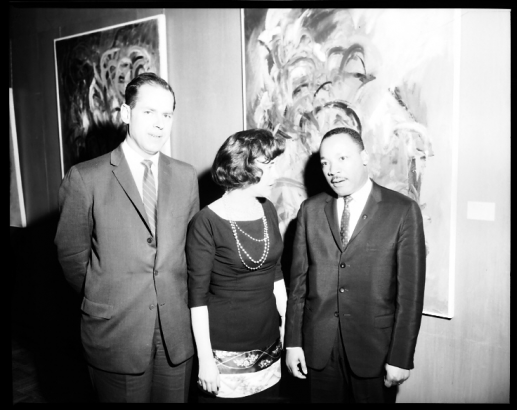 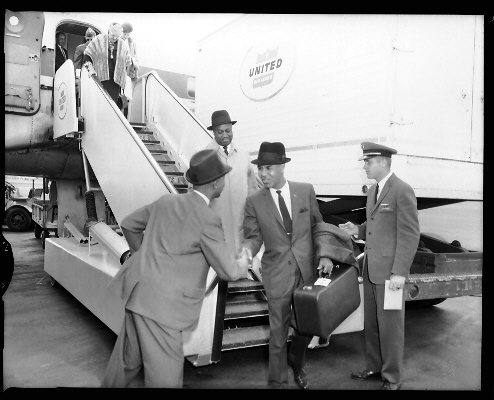 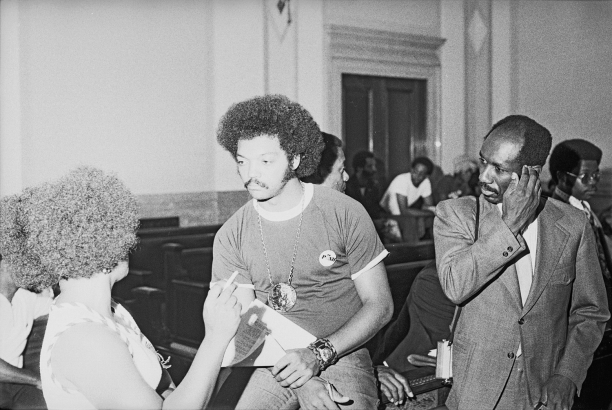 Highlights of the McCloud Collection:

•There are approximately 100,000 negatives in the collection

•There are approximately 3,500 prints

•Approximately 60% of the images have some kind of identification

•There are 3 boxes of manuscript collection that accompany the images

•There is one box of audio-visual materials

We have digitized hundreds of Burnis McCloud photographs, while our online finding aid will help you with further research into the rest of the Burnis McCloud collection. 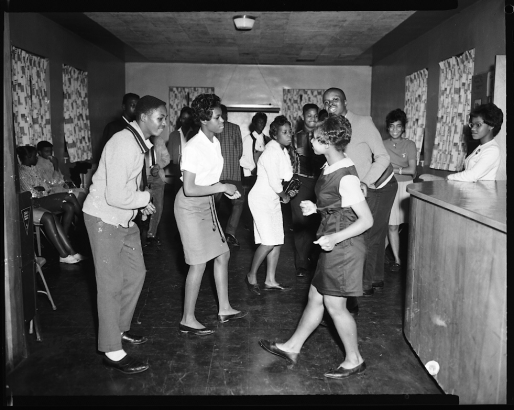 When you tour the photo gallery below, be aware that several of the photos are unidentified, but look to this author familiar - we always appreciate people's assistance with identifying images - so if you recognize one of the subjects, please let us know! 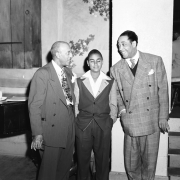 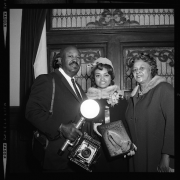 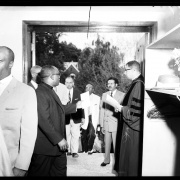 Mr. McCloud lived across the street from Don and Helen Robinson. Their address was 26th & Gilpin and next door to the Cokers. Manual High School was expanded, eliminating the homes in that square block. George Morrison lived on the corner of 25th & Gilpin. It was a great neighborhood for the black community along with so many others streets, stretching South from the Five Points. My parents then moved to 2621 York St., less than a block away from City Park. Charles Cousins lived directly across from City Park on 25th and York. He later built an outstanding custom home on 26th, again across from City Park. For further info, feel free to contact me at 303.215.1266. My e-mail: wanrway@gmail.com

My family is truly honored to have several wonderful photos of our parents Robert & Rosalie Martin, as well as other family members. Truly a blessing!