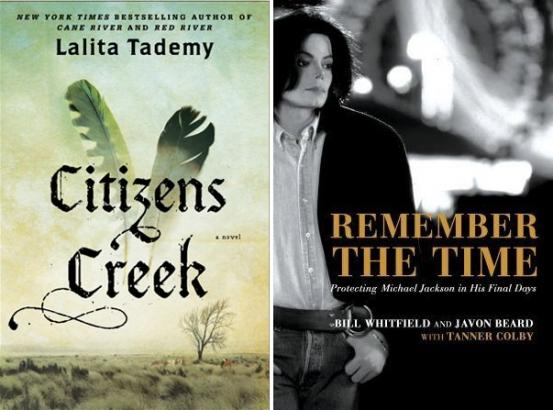 New African American Interest Books and Authors
Looking for something to read from an African/African American point of view and or written by someone from the Diaspora? Browse our list of new books available now or coming soon to the Denver Public Library. Updated monthly...check out our list for October.

Featured Titles:
Citizens Creek
Lalita Tademy
The New York Times bestselling author of the Oprah Book Club Pick Cane River brings us the evocative story of a once-enslaved man who buys his freedom after serving as a translator during the American Indian Wars, and his granddaughter, who sustains his legacy of courage. Cow Tom, born into slavery in Alabama in 1810 and sold to a Creek Indian chief before his tenth birthday, possessed an extraordinary gift: the ability to master languages. As the new country developed westward, and Indians, settlers, and blacks came into constant contact, Cow Tom became a key translator for his Creek master and was hired out to US military generals. His talent earned him money-but would it also grant him freedom? And what would become of him and his family in the aftermath of the Civil War and the Indian Removal westward? Citizens Creek is a beautifully rendered novel that takes the reader deep into a little known chapter of American history. It is a breathtaking tale of identity, community, family-and above all, the power of an individual's will to make a difference. More books by Lalita Tademy

Remember the Time: Protecting Michael Jackson in his Final Days
Bill Whitfield and Javon Beard with Tanner Colby
Hounded by the tabloid media, driven from his self-made sanctuary at Neverland, Michael Jackson spent his final years moving from city to city, living with his three children in virtual seclusion; a futile attempt to escape a world that wouldn't leave him alone. During that time, two men served as the singer's personal security team: Bill Whitfield, a former cop and veteran of the security profession, and Javon Beard, a brash, untested rookie, both single fathers themselves. Stationed at his side nearly 24/7, their job was to see and hear everything that transpired, and to keep everyone else out, making them the only two men who know what 60 million fans around the world still want to know: What really happened to the King of Pop? Driven by a desire to show the world who Michael Jackson truly was, Whitfield and Beard have produced the only definitive, first-person account of Michael Jackson's last years. Remember the Time is the book that dismantles the tabloid myths once and for all to give Michael Jackson back his humanity.

Any Man I Want
Michele Grant

The Other Side of the Pillow
Zane