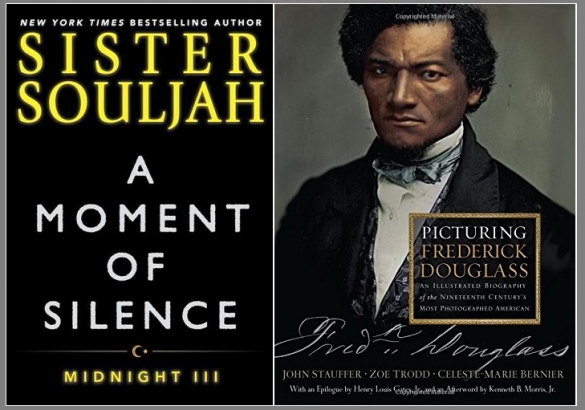 New African American Interest Books and Authors
Looking for something to read from an African/African American point of view and or written by someone from the Diaspora? Browse our list of new books available now or coming soon to the Denver Public Library. Updated monthly...check out our list for January and February. Book summaries provided by ProQuest Syndetics.

In the newest installment of the Midnight saga, everything Midnight has ever believed, every dollar he ever earned, and all of the women he ever loved—including his mother--are at risk. In this heart-pounding adventure, thriller, and intense narrative, New York Times bestselling author Sister Souljah has penned her most passionate and engrossing novel to date. Raw and uncompromising, her storytelling highlights and ignites the ongoing struggle of young men worldwide, to more than survive, but to live strong, to earn, to have the right to love and protect their families, to receive justice, and to be free. More books by ​Sister Souljah.

​Picturing Frederick Douglass is a work that promises to revolutionize our knowledge of race and photography in nineteenth-century America. Teeming with historical detail, it is filled with surprises, chief among them the fact that neither George Custer nor Walt Whitman, and not even Abraham Lincoln, was the most photographed American of that century. In fact, it was Frederick Douglass (1818-1895), the ex-slave turned leading abolitionist, eloquent orator, and seminal writer whose fiery speeches transformed him into one of the most renowned and popular agitators of his age. Now, as a result of the groundbreaking research of John Stauffer, Zoe Trodd, and Celeste-Marie Bernier, Douglass emerges as a leading pioneer in photography, both as a stately subject and as a prescient theorist who believed in the explosive social power of what was then just a nascent art form.

Murder Was the Case
Kiki Swinson

Tuff Juice: My Journey from the Streets to the NBA
Caron Butler

A More Perfect Union: What We the People Can do to Protect our Constitutional Liberties
Ben Carson

A Doctor in the House: My Life with Ben Carson
Candy Carson

Burning the Grass: At the Heart of Change in South Africa, 1990-2011
Wojciech Jagielski

The Civil Rights Movement in America: From Black Nationalism to the Women's Political Council
Peter B. Levy, Editor

The American Slave Coast: A History of the Slave-Breeding Industry
Ned Sublette

The Beast Side: Living (And Dying) While Black in America
D. Watkins

Privilege and Prejudice: The Life of a Black Pioneer
Clifton R. Wharton