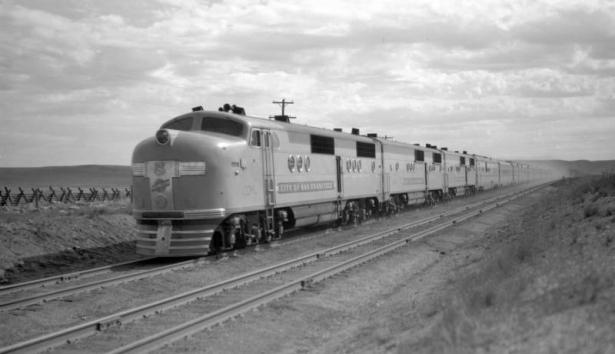 Born May 1st, 1971, Amtrak, also known as the National Railroad Passenger Corporation, was formed to operate America's passenger train system. Most U.S. railroads had lost money on passenger service leading up to 1971. For many railroads, these losses threatened their financial viability, so Amtrak was formed to to ensure the continuation of passenger trains.

In October 1970, Congress passed, and President Richard Nixon signed into law, the Rail Passenger Service Act. Of the 26 railroads that still provided intercity passenger service in 1970, only six declined to join Amtrak. Nearly everyone involved expected that Amtrak would not survive. The Nixon administration and many others in Washington viewed Amtrak as a politically expedient way for the President and Congress to give passenger trains a "last hurrah" to placate the public and expected Amtrak to quietly disappear as public interest decreased. Proponents also hoped that government intervention would be brief and that Amtrak would be able to be profitable. However, neither had proved to be correct, as popular support allowed Amtrak to continue to operate longer than critics imagined, while financial results made passenger train service returning to private railroad operations not feasible. Today, Amtrak is funded annually by Congress and is dependent on this funding as well as state aid and passenger fares.

While Amtrak's route system is a mere shadow of former passenger train routes, it still operates nationwide and is heavily used on many larger city to city corridors. Check out Amtrak's routes and connections. While we've lost many famous train names and routes, you can always remember your favorite streamliners and trains by visiting our Digital Collections and checking out our many railroad and passenger train photographs, including those of one of America's premier railroad photographers, Otto Perry. See thousands of railroad photos by Mr. Perry in our Digital Collections. 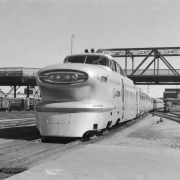 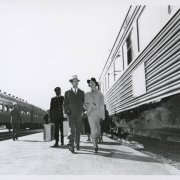 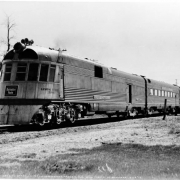 I decided to take the Amtrak to Glenwood Springs, CO. about 9 years ago...It's been so long since I took a train...I enjoyed the trip...Staff were friendly and kind...Would like to take the train again soon...

I hope you do! While the cars are old, the staff is usually pretty nice and the scenery is outstanding. I hope that Amtrak gets additional funding and we can expand the system. Thank you for your comments!

James,
What a great article.

When I was about three, my mom, sister and I took the train from Denver to CA. Of course I really don’t remember the trip, but my mom laughs every time she talks about what fun we all had.

So I just had to take my two daughters on the train to Glenwood...and we had just as much fun too. Best part was seeing Bald Eagles in the Canyon and also seeing parts of Denver that you don’t get to see by car.

Thank you for letting me relive these memories again!

So glad you enjoyed the article. Keep riding Amtrak! They just went back to daily service out of Denver, so there are more seats and opportunities. We need to have a robust rail system in the U.S. And I love going through Colorado on the train, seeing things that you won't see from your car.

Hi James -- Enjoyed this post...a little tardy, sorry. Have a great trip to Florida, and I hope that includes train riding. I have some research coming up at BYU in Provo, Utah, and might ride the "Zephyr" there...fingers crossed. The same topic (Utah Parks Company's water facilities at Grand Canyon North Rim) might also take me to Southern Utah University in Cedar City, and DANG I wish the "Desert Wind" was still running. One more story: I recently drove back to Denver from Austin, and had time to figure out where the Colorado & Southern/"Texas Zephyr" avoided Raton Pass; discovering "Toll Gate Pass" (or "Gap")--just south of Branson, Colorado, and into Folsom, New Mexico--was the highlight of the trip. -- Jim Steely

Thank you Jim! Glad you enjoyed the article. And I would love to see a DEN-DFW train again. Maybe in our lifetime! I hope you can take the CZ. We took it to SF about 4 years ago with a roomette and it was wonderful. We were 2 hours late, but it was so much fun. It was nice seeing you yesterday and I always look forward to talking railroads and helping you with your research.