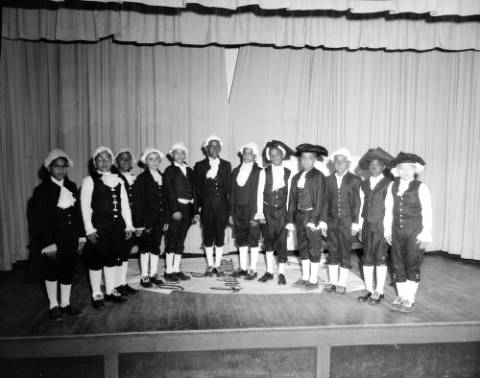 1825 – James Beckwourth, the most famous of the African American trappers and traders, enters the Rocky Mountains for the first time as a member of the William Henry Ashley Fur Trapping Expedition. Beckwourth will operate throughout much of the West, from Montana south to New Mexico, and west to California for the next 40 years.

1874 – Denver businessman Barney L. Ford builds the Inter-Ocean Hotel, which for a period, is the largest hotel in the city.

1881 – In November, John T. Gunnell becomes the first African American to sit in the Colorado Legislature.

1890 – The African American community of Five Points emerges in the eastern section of Denver.

1907 – Madame C. J. Walker of Denver develops and markets her hair-straightening method and creates one of the most successful hair products businesses in the nation. In 1911, the Denver Star reported, “She stands today as the richest Negro in America. And she made it herself.”

1943 – The Congress of Racial Equality organizes one of the West’s first successful protest demonstrations when it pickets a Denver movie theater that segregates its black and white patrons.

Benny Hooper: “Mayor of Five Points": Benny Hooper was known as the unofficial “Mayor of Five Points.” He was a successful businessman. For a number of years, he sponsored a popular rabbit stew giveaway to the needy. The rabbits were donated meat from Colorado hunters. During the Depression he set up soup kitchens where people lined up for a meal. Hooper opened the Ex-Service Men’s Club at 2626 Welton Street. The club provided a safe haven for ex-military soldiers avoiding racial discrimination in white restaurants, clubs, and hotels in Denver.

Nathan Biffle - Fireman and Captain: Nathan Biffle became a firefighter in 1925 and was assigned to Fire Station 3 in the Five Points neighborhood. Fire Station 3 was the only Denver station open to African American firefighters in the segregated fire department. Biffle had to fight for his role as captain, but was finally promoted to become one of the first African American captains in the Denver Fire Department.

Jerome Biffle – Olympic Gold Medal Winner: Jerome Biffle won the gold medal in the 1952 Olympic Games at Helsinki, Finland in the long jump competition. That victory made him the first track star to be inducted into the Colorado Sports Hall of Fame, class of 1968. In 1983, he won the Robert Russell Memorial Award as the outstanding amateur athlete in the Rocky Mountain area, and in 1959, he was named, along with another Olympic hero, Jesse Owens, to the Drake Relays Hall of Fame. Jerome Biffle is the son of Nathan Biffle.

Hulett Maxwell – Pharmacist and Drug Store Owner: Hulett Maxwell was one of the first African American pharmacists and drugstore owners in Colorado.  He and O. L “Sonny” Lawson were co-owners of Radio Pharmacy, located in Five Points at East 26th and Welton streets. Atlas Drugs was their competitor on 27th and Welton Streets.  The Radio Pharmacy was a successful business for more than 50 years.  Hulett received his pharmaceutical training at the Denver College of Pharmacy (Capitol Pharmacy).

O. L. “Sonny” Lawson – Drug Store Owner and Community Activist: O. L. “Sonny” Lawson, a Denver native and co-owner of the Radio Pharmacy was also known for his role as a district executive for the Democratic Party.  He served in that key position for more than a decade. On August 9, 1972, the park at 24th and Welton Streets became the first park in Denver to be dedicated to an African American: Sonny Lawson Park. The park’s early history hosted Negro League games; it was the first ball field in Denver to do so. Sonny Lawson used his influence to help create jobs for African Americans.  He made sure politicians followed up on their campaign promises.

Ada B. Evans – Mayor of Fairplay, Colorado: In 1974, (a biennial election) Ada B. Evans was declared the winner of the mayoral race in the Town of Fairplay with 65 votes.  Her opposition secured 49 and 45 votes respectively. She campaigned on the issue of paving Fairplay’s streets. She later ran unopposed for the office of mayor in the 1976 election.  Evans was the first African American female mayor to be popularly elected in the Colorado.

Edna Wilson Mosley – Civil Rights Activist, Educator and Youth Advocate: The name Edna runs through Edna Wilson Mosley’s family. Her mother was Edna, She had a grandmother Edna, a daughter Edna, and a granddaughter Edna.  She has a sister-in-law who is the mother of Congresswoman Maxine Waters (California).  Each proved to be powerful and benevolent women respectively. Edna Mosley left her mark on Colorado. She was a civil rights specialist for Colorado’s Civil Rights Commission. She borrowed $1000 from a credit union (keeping that tidbit of information from her husband) to help finance the start of a women’s bank in Denver in the Equitable Building on 17th Street. Along with 49 other contributors Edna Mosley and the organizing group raised $50,000 to establish the bank. At that time she was the only African American on the organizing team. She also served on the Board of Directors of the bank.  The bank was profitable.  Edna Mosley was married to John Mosley, a highly respected and original Tuskegee Airman. 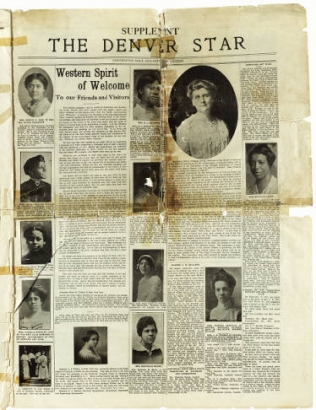 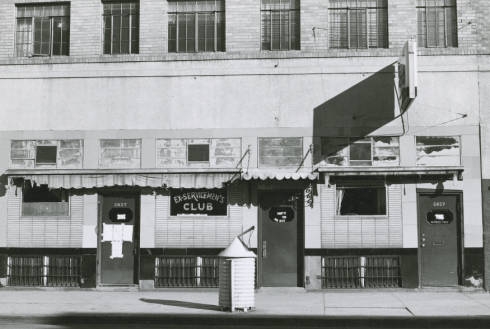 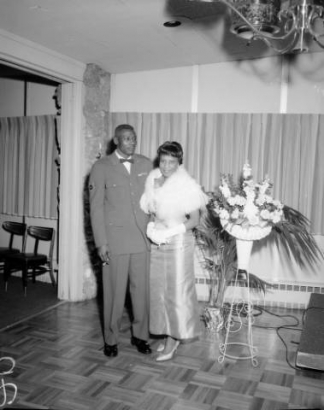 Miss Nelson, This is a great article. Denver has such a rich history. Thank you.

Thank you post this information. I learn a lot

Emily, thank you for your comment. I'm glad you found this posting informative.

Wow, I did not know this! Thank you for sharing!

Thank you for your comment! I love sharing information about people, places and events.

Thank you thank you and again thank you Blair Caldwell Team.

Thank you for your wonderful response!