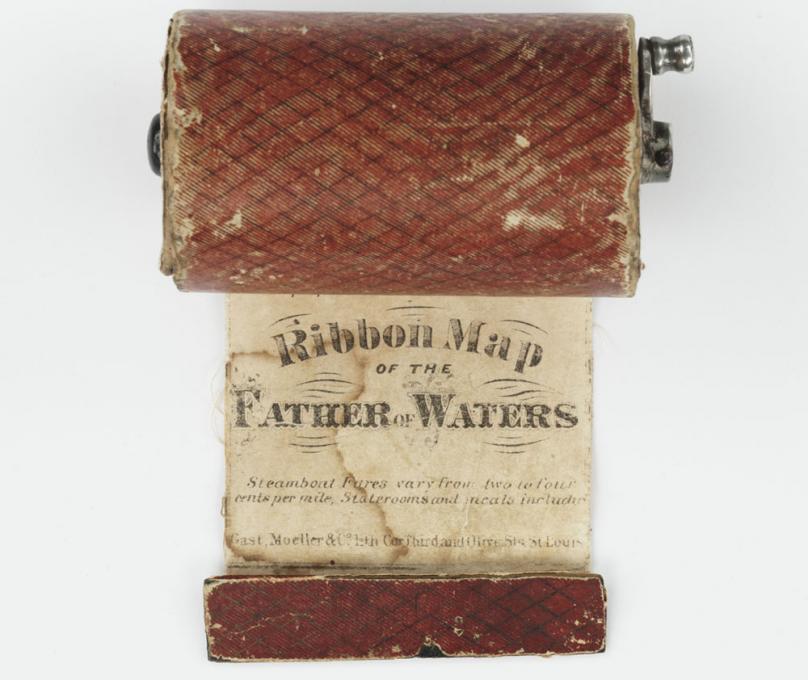 Maps As Art asked you to look - and then to look again. Look not at the place or time represented but for how maps work as visual artifacts. Consider how cartographers and illustrators choose to represent the world with the elements of visual art, including line, space, perspective, color and imagery. Maps As Art presented more than 80 maps and afforded an opportunity to explore how we portray our world. Included were a map that shows the elevations of a lake, a city captured on cocktail napkin, and the iconic imagery of highway and street maps.

1866 Coloney and Fairchild Ribbon Map of the Mississippi River

Hover over the map to scroll up and down.

At ten feet in length and just less than three inches in width, the 1866 Colony and Fairchild ribbon map of the Mississippi River is one of the most unusual items in the Western History & Genealogy Map Collection. The map is pulled from a cylinder case and returned with the use of a small metal crank. The ribbon format is intended for use while traveling along the river, but the lack of a take-up reel makes examination of longer lengths awkward. Ribbon and roll maps and charts were later used for early aviation, and continue to be used for long-distance, off-road motorcycle races.

The Colony and Fairchild ribbon map is highly detailed and includes mile markers, ports and river towns. States are denoted along the sides of the map's length.
Notable locations include:

Hover over map to zoom in on details 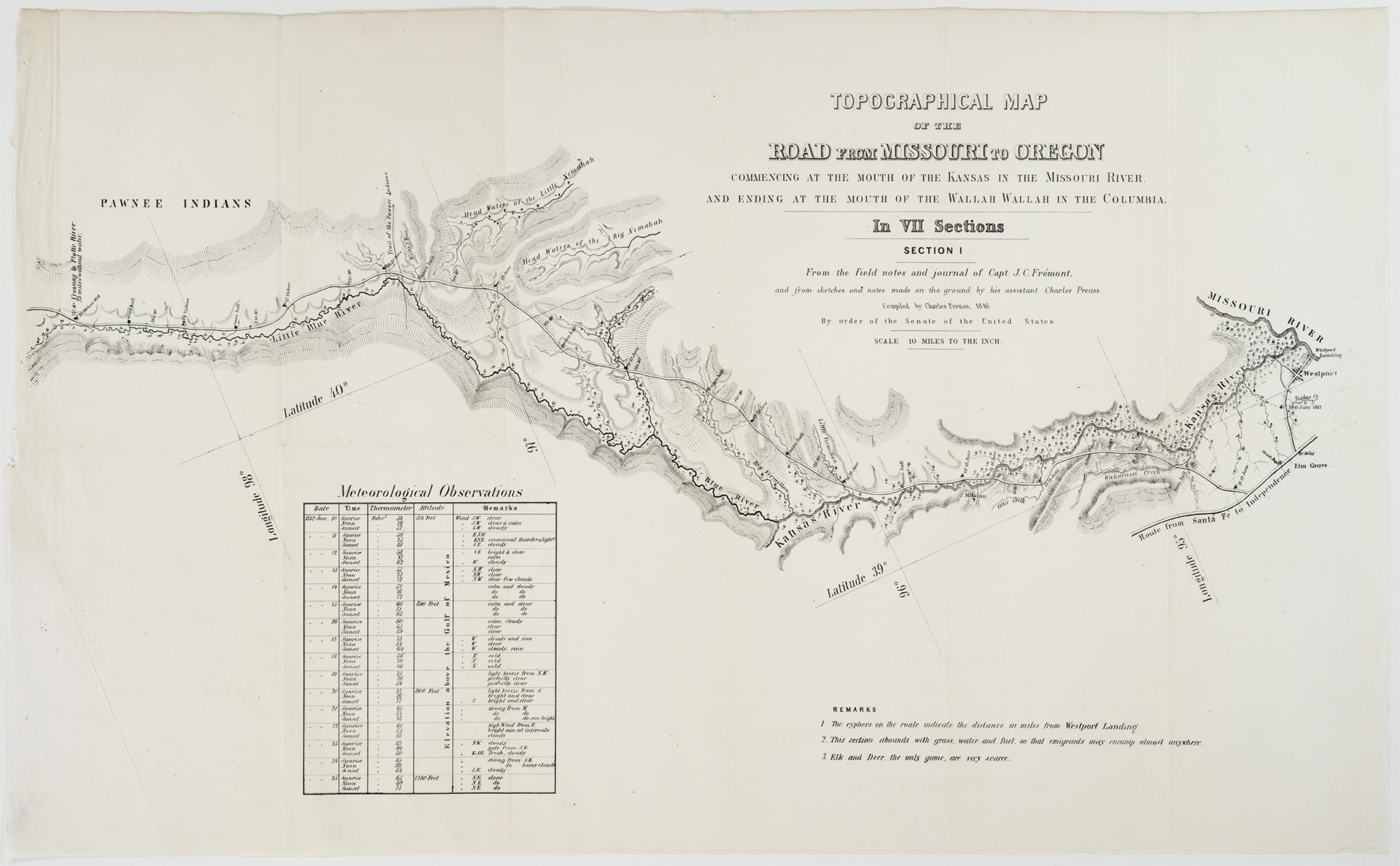 In 1846, Charles Preuss produced one of the most extraordinary maps of the nineteenth-century American West. Born in Honscheid, Germany, in 1803, Georg Carl Ludwig Preuss arrived in the United States in 1834. He accompanied Captain John Charles Fremont on his first, second, and fourth expeditions, and created this seven-section 1846 map while the explorer was busy with his third expedition to the West. The map moves East-to-West from present Westport, Kansas, to the junction of the Walla Walla and Columbia rivers. At a scale of ten miles to the inch, each section spans approximately 250 miles, and its copious annotation and tables would provide a wealth of information on the conditions immigrants to Oregon would find in the course of their travels.

Author and satirist Sarah Vowell presented Preuss' melancholy account of his time in the West as Act Three of an episode of Chicago Public Radio's This American Life aired first in 2007 and re-broadcast in 2008. Preuss was given voice by the actor, Dermot Mulroney, who read from sections of the cartographer's diary. Charles Preuss took his own life in 1854.

Video tour of the Maps as Art Exhibit

The Making of Maps As Art

Go behind the scenes and find out what it takes to build a library exhibit.

The Making of an Exhibit: Maps as Art