The house was constructed by well-known Denver architect William Lang, who designed over 150 homes for families of Colorado’s growing upper-middle-class between 1888 and 1893. Built in 1889, this gray stone Romanesque Revival structure was originally inhabited by Walter Dunning. In 1898, Mitchell Benedict and his family purchased the home. Benedict served as city attorney, was involved in the construction of the Capitol building, and also contributed to the development of the Riverside Cemetery. After the Benedicts sold the property in 1930, the house was divided into apartments. 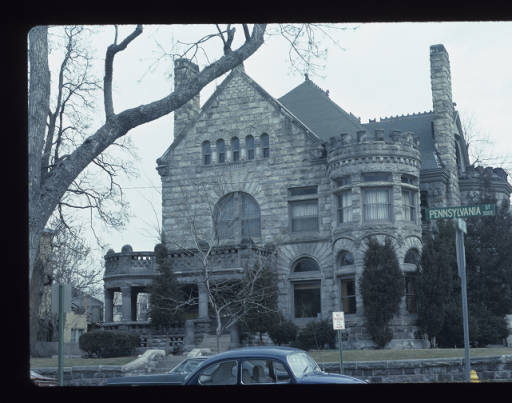