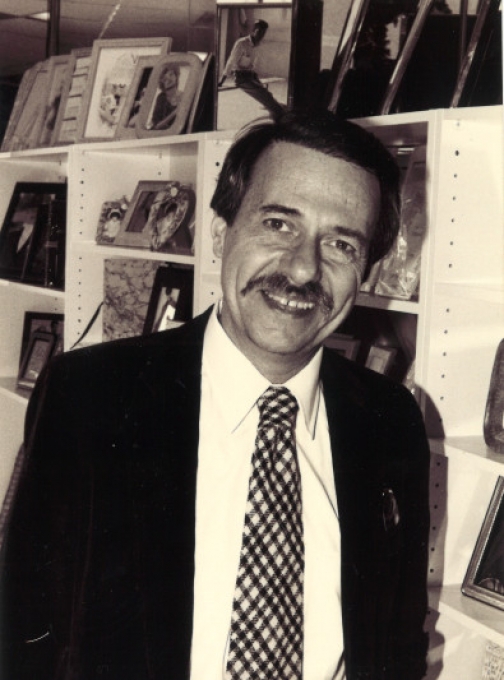 Jerry Gerash fought for the rights of gay people at a time when the police and local governments were fighting against them. 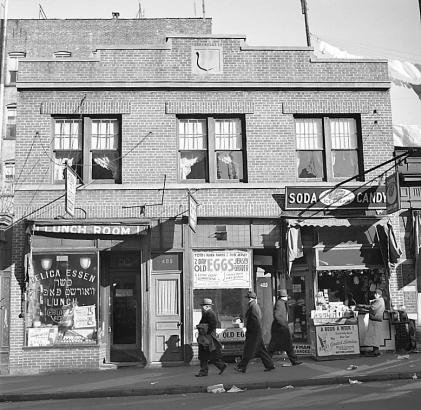 Jerry Gerash was born in the Bronx, New York, in 1934. His parents were Ben and Leah. They had five children, but only Jerry and Walter survived beyond infancy. Ben and Leah were Russian Jews who had escaped the violent pogroms going on in their former homeland. In the late 19th and early 20th centuries, antisemitism was on the rise. The Russian pogroms consisted of large, violent riots that included people being murdered in the streets and were intended to terrify the surviving Jews into leaving the country.

Having a family that fled cruelty in their home country, Jerry and his brother, Walter, understood the struggles of many other communities living in the Bronx at that time. There were Irish, Puerto Ricans, African Americans and Jews. Most had fled poverty and various types of oppression and arrived in New York for a new life. This ingrained in both boys a strong sense of right and wrong and a need to fight against injustice. 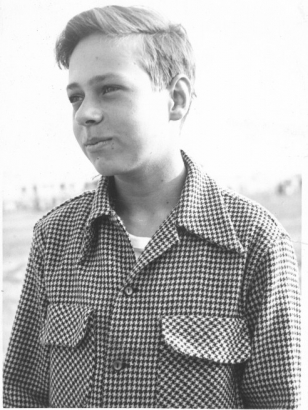 When Jerry was 10 years old, the family moved to Los Angeles. By the time he was 14, he knew he was gay. While many people now think of big cities like Los Angeles as safe places for gay people, that was not true in the 1940s and 1950s. There was a great deal of prejudice against gay people and you could even be targeted by the police for loving the wrong person.

Jerry was in his first relationship when he was 17 and he already knew that it had to remain a secret for his own safety. Around this time he also got a fake ID so he could go to gay bars. He didn't do this because he wanted to drink alcohol. He and many gay youth like him wanted to go to gay bars because it was the only place they could be open about who they were and still be loved and respected. It was this same year that he discovered he was part of a larger community that could look to each other for support.

In the early 1950s, he attended college at the University of California. First he went to UCLA and later to Berkeley. At first he studied optometry, but eventually went on to graduate from University of Denver Law School in 1969. For many years, a civil rights battle was being fought over the rights of women and minorities. Jerry took part in these fights as well as the one to end the war in Vietnam. What happened in 1969, however, finally gave Jerry and other gay rights activists a reason to join the fight for the rights of other gay Americans like themselves.

"For two decades I was emotionally, and physically involved in social movements of other people, yet all my life I had been concerned with my own gayness, and seeing the injustice done to gay people.”

For most of American history, gay people had to keep their lives a secret to avoid getting put in jail or assaulted. Because of this, most gay people remained "in the closet" and kept who they loved a secret. In 1969, something happened that changed all that.

The Stonewall Inn was a gay bar in New York City. On June 28, 1969, at one o'clock in the morning, the police raided the bar and began harassing everyone inside. Some people at the bar were shoved outside by police and some were taken away in police vans. As all this was taking place, people began to congregate outside and some began to fight back against police. This was the beginning of a nationwide revolt against anti-gay laws and police abuse against gay citizens. 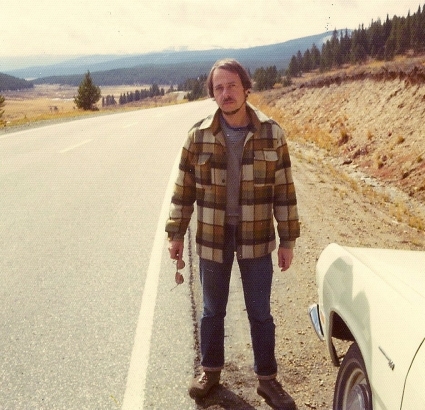 Jerry on the Road

In 1972, there were only two gay organizations in Denver. One was a motorcycle club and the other was the Metropolitan Community Church of the Rockies. It was clear that Denver needed a stronger, political organization that could fight for civil rights. In the fall of that year, Jerry and his partner, Lynn Tamlin, organized a group with their friends Jane Dundee, Terry Mangan and Mary Sassatelli. Their group was called the Gay Coalition of Denver (GCD).

1972 was also the year that it was no longer against the law simply to be gay. That change in the law, however, didn't end the constant arrests, discrimination and harassment by authorities, employers and landlords.

In the first few months of 1973, over 250 gay men were arrested. A staggering 100% of all of the people arrested for "lewdness" in that period were gay. While being gay was no longer illegal, gays and lesbians were still being arrested for "lewdness". This, basically, meant that the police could arrest people for doing anything they thought was "gross." This included things like holding hands, dancing together, men dressing like women or women dressing like men. The police even hired a bus called "The Johnny Cash Special" that would drive around and offer to take men to a concert. If they got on the bus, the driver would try and get them to admit to being gay and they would be arrested, often whether or not they said they were gay.

Jerry and the GCD knew they had to fight this abuse of gay citizens. They made a plan to file a lawsuit against the city. The GCD lawyers (Jerry Gerash and Paul Hunter) would fight to prove that these arrests were illegal and wrong. Other lawyers outside of the GCD, both gay and "straight", also agreed to help in the lawsuit because they knew it was the right thing to do. At the same time, the GCD planned to get a large number of gay activists to show up at a city council meeting in October. 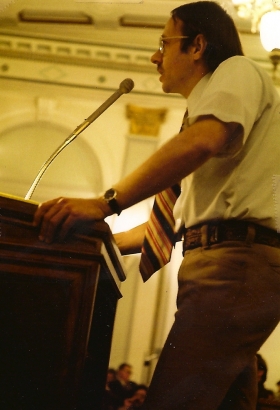 On October 23, 1973, 350 gays and lesbians showed up to make sure the city council heard their voices. Their first challenge was city council president, Robert Koch. 35 people signed up to speak and Koch agreed to give them a total of 30 minutes to speak. That meant that each person would have less than a minute to speak their minds. When the crowd applauded the first speaker, Koch warned them that he would have them all hauled away on Sheriff's buses. He even tried to block them from showing slides that illustrated the number of arrests of gay citizens in Denver.

It was another council member, Irving Hook, that demanded they be allowed to show arrest numbers. Bill Roberts, another city council member fully supported the activists and spoke up to defend them. As people told their stories, more council members began to understand how bad the situation was. They even heard about police harassing gay teenagers. By the end, most of the council was convinced and, within a month, they repealed the four main anti-gay laws that the activists had sought to remove. The gay community in Denver was starting to get respect, but the battle for equality was far from over. 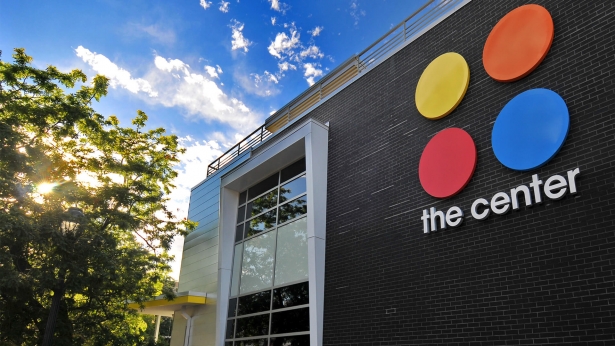 A year after the city council revolt, the GCD won their lawsuit. This victory was among the first legal victories of its kind in the country. It meant that police could no longer harass gay people for holding hands, kissing or any other kind of affection that heterosexual couples display in public. This was an important victory that made Denver an early battleground for gay rights. It also meant fewer gay people felt the need to hide who they were from others.

In this same period, a young state legislator named Wellington Webb (future mayor of Denver), supported the gay rights struggle and offered to back any bills from the Gay Coalition. By 1975, the Colorado House of Representatives had passed a law protecting gay people from discrimination when seeking credit. It failed to pass the Senate, but it was very close. Fighting to change laws was important, but Jerry and others in the community realized that they needed an actual place for gay people to go to find support. He worked to form a group called "Unity" that would be made up of other smaller groups. The smaller groups all agreed to come together and also approved the proposal to establish a gay community center.

The Center was a place where gay adults and teens could come discuss their problems. Because of the immense pain caused by a society and even families that rejected people for being gay, they suffered higher rates of suicide and alcohol abuse. People were also threatened to be fired from their jobs or kicked out of their homes for being gay. In many states, this still happens today.

Even in 2019, nearly half of gay kids say their communities reject them. Nearly a third of gay youth say their biggest problems are rejection by their families and bullying at school. On the bright side, 75% of gay kids now say they feel accepted by other kids their age. That is a massive improvement since the 1970s and kids continue to lead the way in accepting others. 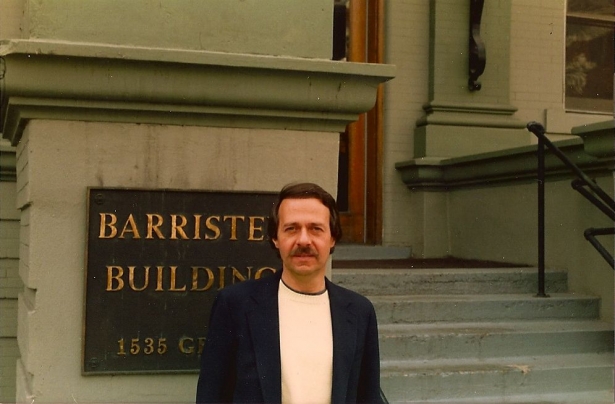 While some of the most important battles had been fought for gay equality in Denver, the process of securing civil rights was far from over. Jerry continued to work for the rights of gays and lesbians. He also helped found other organizations like Colorado Gay and Lesbian Legal Workers and Colorado Citizens Caucus. He also served on the national stage with the National Gay and Lesbian Task Force.

He continued to serve as a lawyer in Colorado until 1985, when he returned to California to take up a law practice there. He was born into a world in which even saying you were gay could land you in jail and lived to see a world in which gay couples have the federally-protected right to marry. It's important to remember that none of these changes took place on their own. There are always those who see something wrong and decide to speak out. As their voices grow, so does their power and such was the case with the many activists like Jerry who made up the gay civil rights movement.

infancy - the time when one is still a baby

oppression - to be treated in a cruel and unfair way

lewdness - being rude or offensive

activist - one who fights for a cause

What people do you see being treated unfairly today? What should we do about it?

Why do you think so many people used to be so mean to gay people?

Are there any causes you think you might want to fight for?

Gay revolt at Denver City Council, Oct. 23, 1973 [videorecording] : and how it changed our world

Growing up LGBT in America

The GLBT Center of Colorado

For kids who might be struggling with being gay: It Gets Better Project