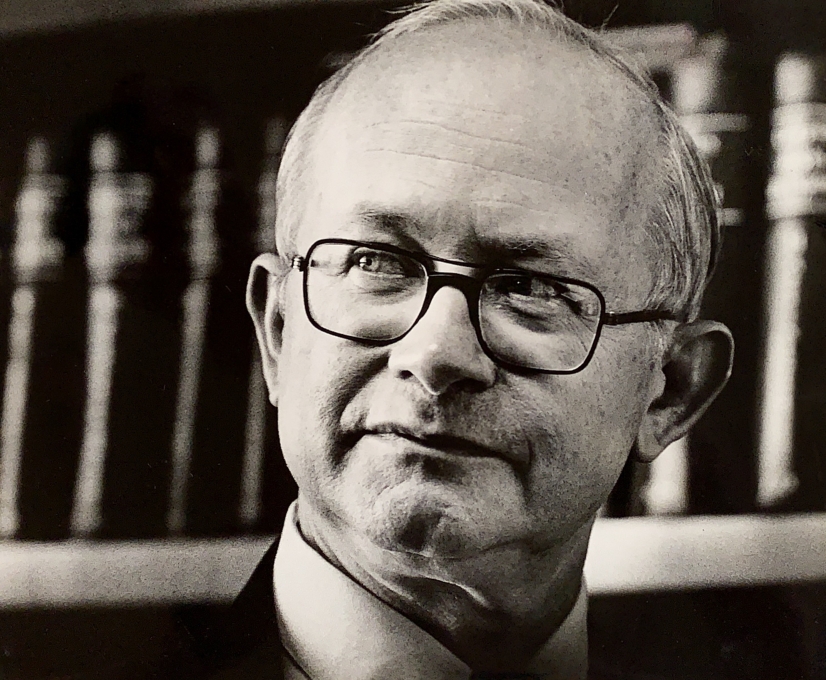 Dr. Carl Johnson was a Jefferson County health official who fought to expose the health impacts on citizens caused by radiation coming from the Rocky Flats plant. 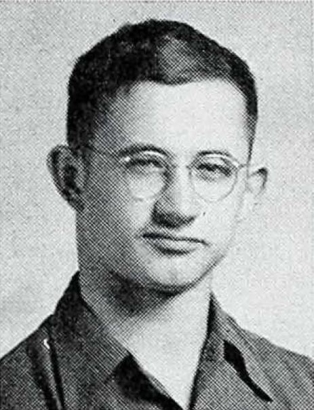 Carl Jean Johnson was born on July 2, 1929, in Sims, Indiana. His parents were Fred and Evabelle. Fred was unable to attend high school and worked on a printing press in a box factory in order to support his family. Fred also tended a small farm. When Carl was 12 years old, he became sick with tuberculosis and had to fight to recover. This made him very interested in health and physical fitness for the rest of his life.

After high school, Carl joined the army and served until 1949. He then attended college at Michigan State University where he received a bachelor's degree and a doctorate in veterinary medicine. He went on to medical school at the Ohio State University College of Medicine. His interest in protecting the health of others even led him to obtain a master's degree in public health from the University of California at Berkeley. As a doctor, he was finally able to do the work he had hoped to in service of others. 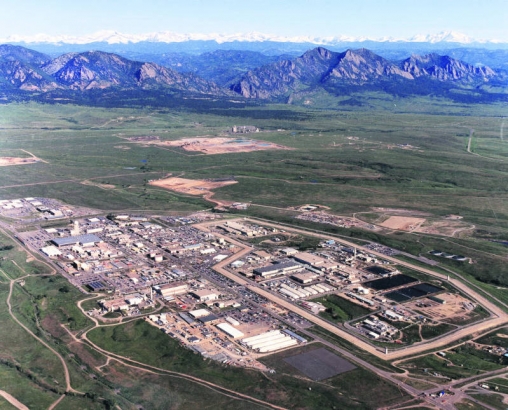 Rocky Flats was established 14 miles northwest of Denver in 1953. It was a government facility operated by Dow Chemical Corporation. Their job was to produce triggers for nuclear weapons during the Cold War. This involved the use of many different radioactive materials. From the very beginning, this caused problems in the local environment.

Starting in 1954, barrels full of toxic chemicals and radioactive waste were stuck in the ground, which contaminated the soil. On windy days, that radioactive soil would then blow onto neighboring farms and communities. Between 1957 and 1969, there were at least three different plutonium fires and explosions that released unknown amounts of radioactive material into the air. During this time, Dow Chemical and the government suggested that there was no risk to anyone living near Rocky Flats, and many residents didn't even know what was happening at the plant. 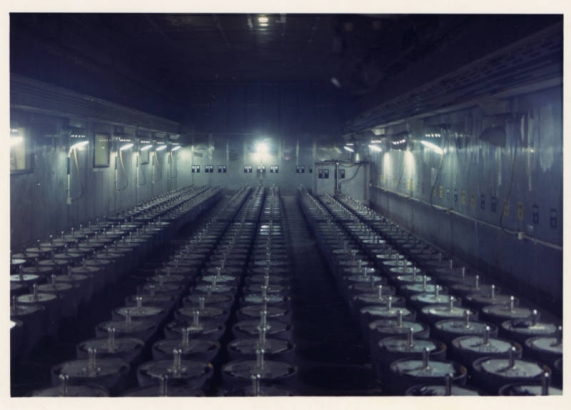 In 1973, Dr. Carl Johnson became the public health director for Jefferson County, which is where Rocky Flats is located. This made him responsible for doing as much as possible to protect the health of people living in the community. That same year, a release of radioactive tritium made its way into the supply of drinking water for Broomfield, Colorado. Also that year, Rocky Flats denied that any toxic waste was stored at the site. The community and local officials like Dr. Johnson were becoming more aware of the dangers of the facility.

In 1975, local land owners were granted a $9 million dollar settlement for contamination of their property. That same year, Dow Chemical was replaced by a company called Rockwell International which took over operation of the facility. Within a year, Dr. Johnson became aware of horses in the area that had been contaminated with radioactive thorium. This led him to collect samples of soil near the plant to test for radioactive materials. The results of his study, completed in 1977, showed high levels of radioactive cesium to the east and west of the plant. His research also found that birth defects in Arvada (the part of Jefferson County near the facility) were twice as high as those in the rest of the county.

In 1978, Dr. Johnson released a new report showing that cancer rates were higher among Rocky Flats employees. It was also reported that the data released from Rocky Flats did not include all employee deaths and only included deaths of people who retired or died on the job. Rockwell International, the company running the plant, also suggested that there was no link between cancer and their employees handling plutonium. Johnson's research also showed that cancer rates among children had been below the normal level before Rocky Flats opened. After the explosion at the site in 1957, however, cancer rates among children rose to twice the normal level.

By 1979, Dr. Johnson had come under more intense criticism from federal, state and local governments. He was preventing the construction of housing developments, such as Walnut Creek, near Rocky Flats and that meant fewer profits for construction companies and taxes for the government. The forces against Dr. Johnson continued to build and, in 1981, he was fired from his job at the health department. He sued Jefferson County and was awarded $150,000, but what he really wanted was to have his job back.

After the Health Department 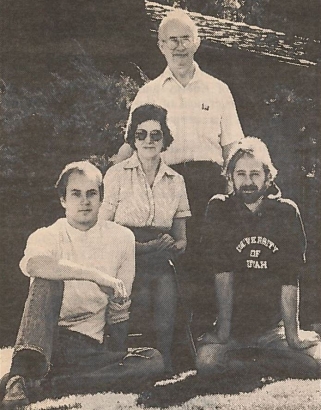 Even after leaving his job, Johnson's work seemed to grow in importance. After the government, business groups and even his colleagues tried to deny the strength of his work, he was greatly vindicated in 1984. That year, the American Medical Association published Dr. Johnson's study on the effects that Nevada nuclear bomb tests had on residents of Southern Utah. Radioactive material had floated on the wind from the test sites into Utah and raised cancer rates. In 1985, land owners near Rocky Flats filed lawsuits against Rocky Flats, Dow Chemical and Rockwell International. Rocky Flats and the companies settled the lawsuits by paying out $9 million to landowners. Dr. Johnson's research had been crucial to the case.

Dr. Johnson ended up working for the health department in Seattle, Washington, from 1985 to 1988. Sadly, he died at 59 years old at the end of 1988. He died from complications due to heart surgery in Lakewood, Colorado, and left behind his wife, Kathryn, and their three sons. While he certainly would have wanted to continue to do more work serving the community, his research still helps protect people from radiation risks today. The year after his death, the F.B.I. raided Rocky Flats in an investigation of environmental crimes. Rockwell International pled guilty in 1992 and paid a fine of $18.5 million. The future cleanup would cost $7 billion.

Update: In August of 2019, high levels of plutonium were found in the soil just outside the plant near 96th Avenue and Indiana Street. Further testing is ongoing.

tuberculosis - a lung disease that used to kill many people

veterinary medicine - the treatment of illnesses and injuries in animals

What do you think motivated Carl Johnson to study medicine and work on public health issues?

Why do you think he kept working even when the government and many around him wanted him to stop?

Have you ever done something you thought was right, but your friends didn't like? Why did you do it anyway?

They never knew : the victims of nuclear testing / by Glen Cheney.

(GOLDEN, ROCKY FLATS, Colo., April 19, 2005) Waste Programs Organization Workers gathered in front of the containers for a group photo out in front of building #440. The final TRUPACT-II shipment left building #440 this morning. The semi hauling three ... 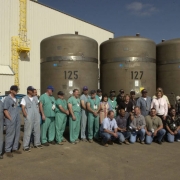 (JEFFERSON CO., Colo., Apr. 29, 1978) A protester in a skeleton mask lends a harsh note to an otherwise mild-mannered demostration Saturday at the Rocky Flats nuclear weapons plant. About 5,000 persons gathered to demand the plant's conversion to peace... 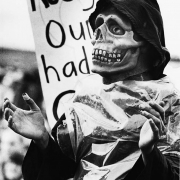 6/17/2004 - p.
(Arvada, Colo., October 8, 2004) Wally Gulden and his wife, Connie, relax with their Shih Tzu, Tinkerbelle, in their home in Arvada Friday. Wally Gulden was diagnosed with lymphoma cancer while working at Rocky Flats 10 years ago. Congress finally ... 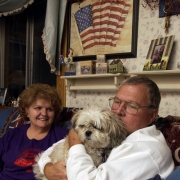