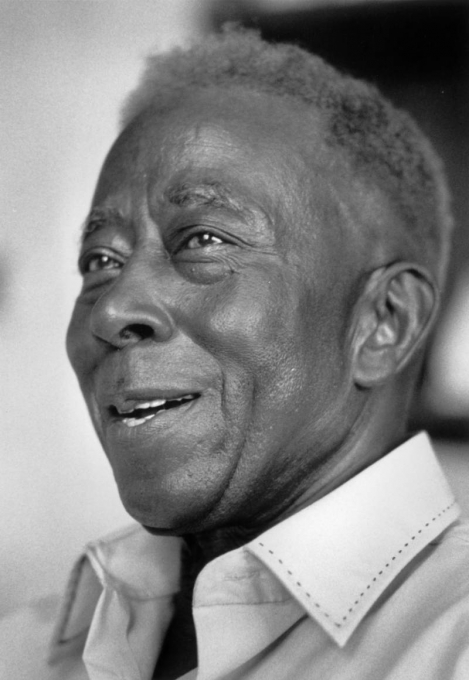 Bruce Randolph started a popular barbeque restaurant in Denver and went on to feed and serve those in need for decades. 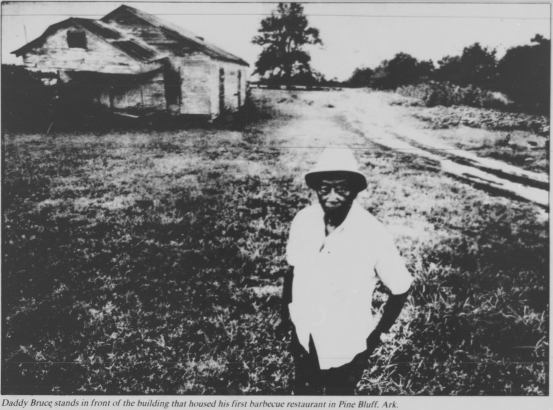 Bruce Randolph was born in Pastoria, Arkansas on February 15, 1900, to parents Tommie and Josephine Randolph. He was the sixth of seven children and the family had a small farm where they grew much of their own food. While he was still young, his parents separated, and after this, he spent a lot of time with other relatives. He particularly loved his grandmother, Laura Hart. She was born enslaved, and was the family member who taught him how to cook his famous barbeque. Bruce left school after third grade and would sometimes work for his uncle, who was a local doctor.

When Bruce was a teenager, his father died and his mother remarried. He did not like his mother’s new husband. Bruce would pick cotton and corn for his stepfather, but his stepfather would pay his own son, Bruce’s stepbrother, twice as much as he would pay Bruce. Tired of his situation, at 15 years old Bruce took the train to Little Rock, Arkansas, where he went to work for the Bauxite mine. By the time he was 19, Bruce had moved back to Pastoria. Around that time, he bought a hog, barbecued it, and sold sandwiches for ten cents each. Because prohibition of alcohol had recently become a national law, he also made extra money selling Coke bottles that he filled with whiskey. Selling sandwiches and whiskey was his first taste of the barbeque business, and it served him well. 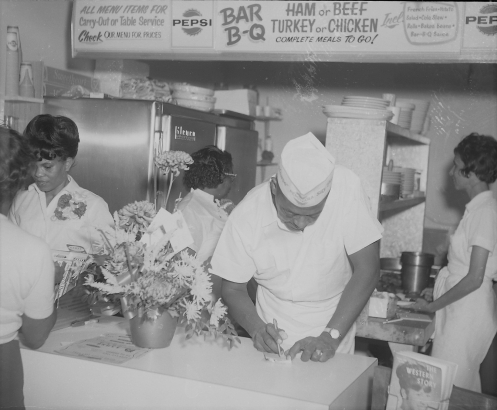 When Bruce was 24, he married his first wife, Queen Ester Wilkerson. They had a child together named Bruce, Jr. Bruce, Jr. began calling him “Daddy Bruce” at a young age, and the name stuck. In 1932, Queen Ester died of a heart attack. By 1933, Bruce had moved to Pampa, Texas where he would run a barbeque restaurant, a taxi service, and a liquor store. He did well, but his second wife filed for divorce, so Bruce ended up giving up the business and moving to Tucson, Arizona. In Tucson,  he started yet another restaurant, which unfortunately failed. In 1959, he decided to move to Denver to be closer to his son, Bruce, Jr.

His son, Bruce Randolph, Jr. had opened a barbershop on East 34th Ave in the Cole neighborhood. Bruce Sr. having almost no money after his divorce and failed restaurants, decided to take a job as a janitor, until he was able to get a loan in order to buy a large smoker. Soon after, he set up some tables in his son’s barbershop and began barbecuing. His cooking was again a great success. He asked several big organizations to taste his food, including King Soopers and the Denver Broncos, and both began having him cater events. Eventually, the Broncos would even take him to games in other states in order to cook for the staff and players. 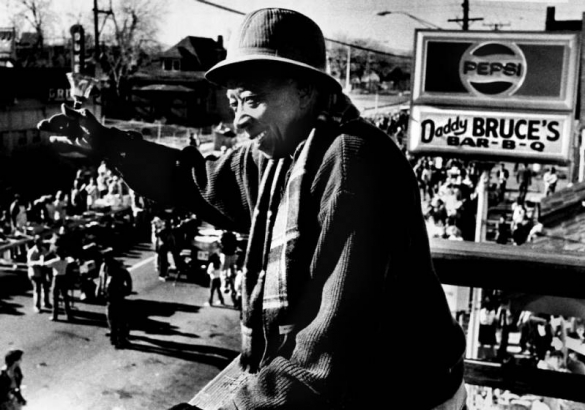 Daddy Bruce eventually opened a new restaurant at 1629 E. 34th Avenue, and it became popular and successful. It fared well through the 1960s, but that was not enough for Daddy Bruce. He credited his grandmother Laura with his desire to give back to the community and the less-fortunate, and that's what he intended to do. So, for Thanksgiving 1967, he brought a truck full of food to City Park to give to those in need. He was able to serve a few hundred people that year. He also started having Easter Egg hunts for kids during the Easter Holiday. By the 1980s, Daddy Bruce’s free Thanksgiving meal celebrations would serve tens of thousands of people each year. He also received help from other organizations and was able to distribute clothing to those lacking warm clothes for the winter.

In November of 1985, the city renamed E. 34th Avenue “Bruce Randolph Boulevard” in honor of his humanitarianism. The ceremony to honor him featured then Mayor Federico Peña and U.S. Representative Patricia Schroeder. Daddy Bruce  even received a letter from the President of the United States, Ronald Reagan, commending him on his work. Sadly, in 1989, the state of Colorado shut down the restaurant, because of unpaid taxes. This time, when his business was in trouble, the community turned out to help Daddy Bruce as he had always helped them. KDKO radio station held a fund-raiser that raised the $4,000.00 needed for him to reopen. The restaurant would remain open for another four years. 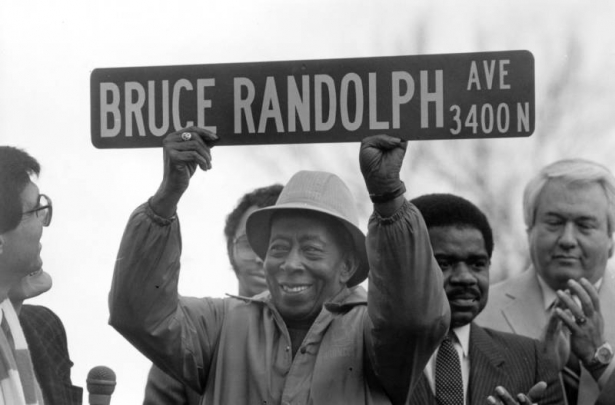 For a time, his son Bruce, Jr. ran his own barbeque restaurant in Boulder, but that has also closed. Through his working relationship with the Denver Broncos, however, Daddy Bruce, Sr. had previously become friends with former player Winston Hill. Bruce taught Winston how to create his special brand of barbeque and Winston now owns his own restaurant in Centennial, Colorado. Through this restaurant, Daddy Bruce’s recipes and methods have been preserved.

On March 19, 1994, Daddy Bruce Randolph died of pneumonia. Hundreds showed up at his funeral to celebrate his long life and constant service to his community. More than 20 years after his death, the Daddy Bruce Randolph Foundation continues to serve those in need. Daddy Bruce’s life shows that regular people can make a difference in their community, even if they don’t start out with a lot.

Humanitarianism - someone who works to improve the lives of others

What do you think inspired Daddy Bruce to keep working at Barbeque even after some of his businesses had failed?

Is there something you love to do even though you sometimes find obstacles in the way? How do you overcome those obstacles?

Once Daddy Bruce succeeded with his restaurant, why do you think he decided to work so hard serving those in need?