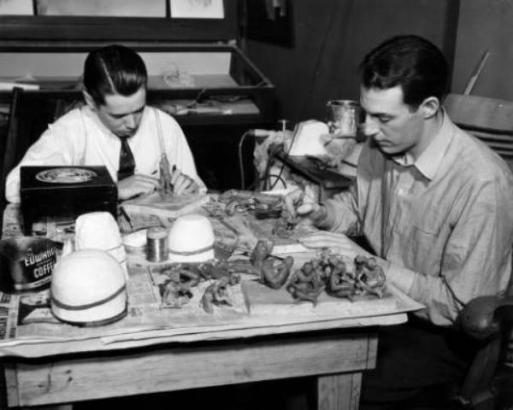 And the History and Lore of Colorado

You might have known that the early Greeks of Denver established restaurants, but did you know that the Jewish population of Denver in the 1930’s numbered 18,000, and that many Jews lived near the viaducts on West Colfax, where they maintained several synagogues and a Kosher fish market; that some Russian immigrants in Denver maintained the old practice of the woman proposing marriage to the man; that Italians who lived around Columbus Park often had large community ovens built in their backyards; or that Slavs in Denver boarded up their homes and left for the beat fields whenever  the smelters shut down, so that the neighborhood of Globeville “took on the appearance of a ghost town.” These are just a few of the many interesting tidbits in the “History of Racial Groups in Denver,” a short history written by the Writer’s Project of the Works Progress Administration of Colorado. And the History of Racial Groups in Denver is one of just many gems in the Writer’s Project  series of the WPA Colorado records. The WPA put thousands to work during the Great Depression, and writers, musicians and artists of all stripes were no exception. The WPA employed these artists in the service of all sorts of public art. Many of the writers employed interviewed people around the country, creating important oral histories that survive to this day.  Other artists wrote histories, recorded vanishing American folk music, or recorded folk tales. Find out more about our United States WPA Colorado Records and what they hold. Search for WPA-related photographs or newspaper articles in our Digital Archives. To find out about the above photos of WPA projects, click here and here.