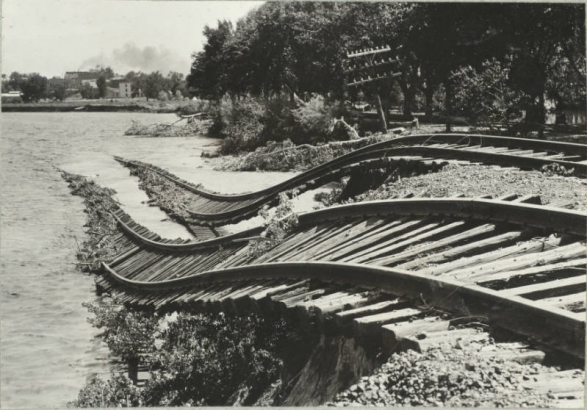 Wow ~ On June 3, 1921, torrential rains filled the Fountain and Arkansas Rivers over their banks, wreaking destruction and killing some 1,500 people in Pueblo, Colorado, and causing almost $20 Million dollars in damage, a stupendous sum of money in those days.

Starting late Friday afternoon, the waters began to rise, and within two hours the entire wholesale district and a greater part of the business district of downtown Pueblo were flooded with water ten feet deep. Many business houses and dwellings were set afire by burning timber floating from a flaming lumber yard. A hundred persons were on the Fourth Street bridge when it collapsed and almost all of them are believed to have been lost.

Rescue workers were greeted by the smell of rotting bodies (both animal and human), there were no utilities and disease was running rampant. The water had to be boiled to be usable and the hospitals were already full and out of medicine. The community banded together and the relief effort was remarkable. Before the Red Cross arrived, the Elks Club served as a relief center where three thousand refugees were served a day, until additional help arrived. Fellow citizens also built a camp to shelter the refugees. After a few days additional help arrived from the Red Cross, Salvation Army, Knights of Columbus, and military units. Pueblo was under federal control temporarily to restore law and order.

Railroad facilities in the area were devastated, with rolling stock, tracks, and buildings all scrambled and destroyed. The Denver and Rio Grande Western Railroad company commissioned a photographic record of the flood damage, and at some point, the Denver Public Library came into possession of one of those albums. Sometime in the 1990s, the album was digitized, and now it's possible to see images of the terrible aftermath of that day in our online Digital Collections. Explore some of the photos in our gallery below, or simply view the 156 photos in the Arkansas Flood Album. In all, we have 284 digitized Arkansas Flood photographs.

"Wow Photo Wednesday" celebrates photographs in the Denver Public Library's Digital Collections that have "The Wow Factor" and that highlight the myriad delightful ( and sometimes harrowing) nuggets in our database. 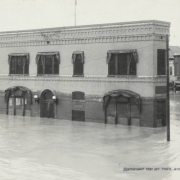 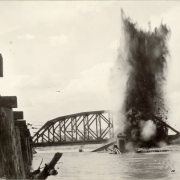 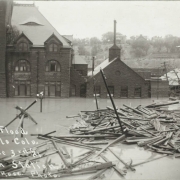