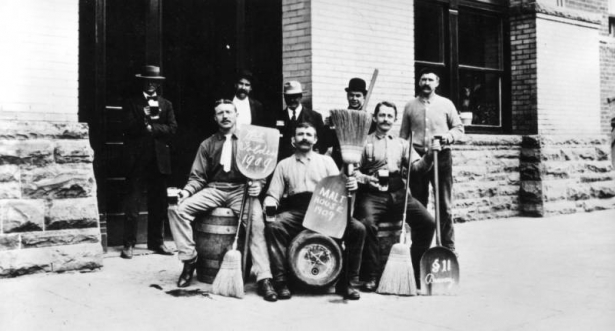 Wow ~ A bunch of guys hoisting some brews ~ What's newsworthy about that? Well, this is the Denver Public Library's "All Things Brewed" month, in which we are celebrating all of the things that get brewed in Colorado, coffee, tea, kombucha, and of course BEER.

Since the first weary Colorado miners came down from the hills into Denver with gold to spend and a hankering for beer, enterprising immigrants with the know how filled that need with a wide selection of lagers, stouts, ales and pilsners etc. Big names like Coors, Zang, Tivoli, are but a few among the almost countless small breweries that flourished in Colorado's many boom towns.

For most of the 20th century, the field was left to the giants, and Coors, Anheuser-Busch and Miller predominated. But beginning in dorm room closets at Boulder's University of Colorado in the 1970s, amateur brewers with new, distinct, richer and more interesting beers have expanded and created a vibrant, non-corporate beer culture that has given the big boys a run for their money.

According to the Beer Institute, Colorado ranked number one in terms of gross beer production, producing almost 24 million barrels in 2006, and Colorado is home to 4 of the top-50 brewing companies in the nation.

As of 2012, Colorado's 161 breweries and brewpubs and 3 wholesalers employed 5,000 people directly, and more than 22,000 others in related jobs such as wholesaling and retailing. Including people directly employed in brewing, as well as those who supply Colorado's breweries with everything from ingredients to machinery, the total business and personal tax revenue generated by Colorado's breweries and related industries was more than $2.5 billion. Consumer purchases of Colorado's brewery products generated another $118 million in tax revenue and in 2012, according to the Brewers Association, Colorado ranked 3rd in the number of craft breweries, and 6th per capita with 154. Here is a list of Colorado's Craft Breweries.

For context, at the end of 2013 there were 2,822 breweries in the United States, including 2,768 craft breweries subdivided into 1,237 brewpubs, 1,412 microbreweries and 119 regional craft breweries. In that same year, according to the Beer Institute, the brewing industry employed around 43,000 Americans in brewing and distribution and had a combined economic impact of more than $246 billion.

Explore the fascinating history of the brewing industry in Colorado, in "Of Miners & Beer!" by Dave Thomas, and a more in depth look at one of the big names in "Citizen Coors, an American Dynasty," by Dan Baum, our other many books on the subject, and of course visit our gallery below to see digitized images from our collection that tell the story of Beer in Colorado.

Visit the Library's BrewHa!Ha! Page for a listing of all the fun events that are being organized around this month's theme. 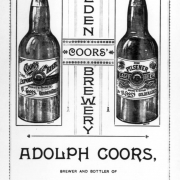 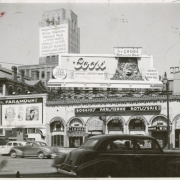 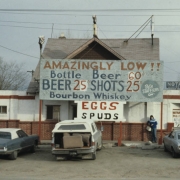 Brooms seem to be a recurring element in the group photos—I'd love to know more about the brewers' intended symbolism with these.

That caught my interest too and I noticed that along with the broom was a shovel. I browsed around and found this from The Oxford Companion to Beer:
"Once properly hydrated, the malt is then sent not to a germination chamber, but to a 'floor,' where it is spread evenly by hand into an approximately 15 cm (6 inch) thick layer. The favored floor material for European floor maltings has always been tiles quaried only in the Bavarian village of Solnhofen. This stone is hard and thin, with excellent thermal dispersion, moisture retention, and wear resistance. British floor maltings have retained their own types of stone floors. While on the floor, the germinating grain must be turned by hand twice a day, 7 days a week, to keep it properly oxygenated, to dissipate heat, and to keep rootlets from tangling the malt into an unmanageable mat. The traditional tools for this hard labor are a wooden malt shovel and a special, iron-wrought rake..." no mention of a broom but perhaps it can be assumed to be part of that process?