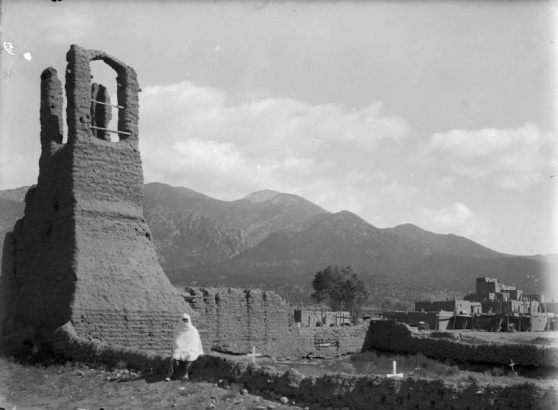 Wow ~ Other worldly architecture! The early Spanish missions of New Mexico incorporated European and Native American ideas to create buildings that in appearance could be located in the desert villages of sub-Saharan Africa. During the relatively peaceful period between the brutal depredations of Francisco Vázquez de Coronado and his armies in the 1540s, and the Spanish re-colonization of the area by Diego de Vargas in 1692, the uneasy relationship between the Spanish missionaries and the Native people produced some odd hybrids of Christian and Zuni philosophy and architecture.

The Zunis knew that Christianity must be powerful, because the Christians had firearms and horses - and so they adopted various features of the Christian doctrine, without discarding their own beliefs. The Church Padres, while resistant to this syncretism, persisted as best they could, and missions were built, albeit with definite Zuni influences. The adobe mud and wattle buildings, perhaps because of the inherent requirements of the building materials, produce structures that are strikingly similar to the mud mosques in Mali, Ghana, and Burkina Faso.

Explore our Digital Collections to see many more fascinating images of Native American culture in the Southwest with terms like "Mesa Verde Indians," "Zuni Pueblo," or "Native American Dances."

The images in the gallery below extend beyond the strict category of "missions," showing some Anasazi Pueblo influences along with the hybrids they inspired. 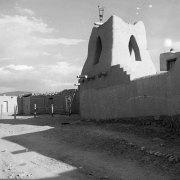 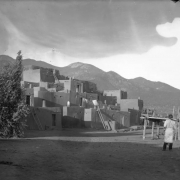 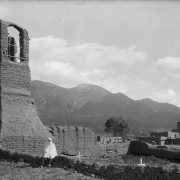 This is fascinating. If I were paid to read it, I'd take it as a full-time job.