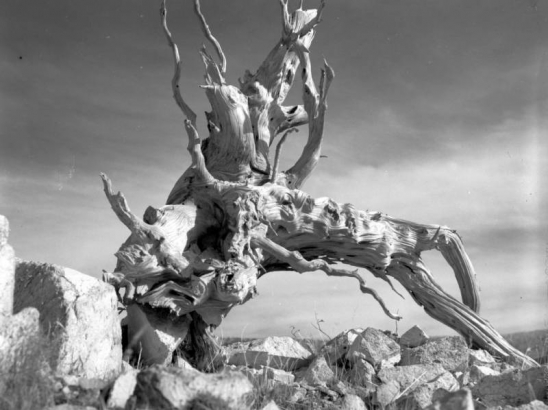 The title of this photo: "Prehistoric Bucking Horse," made me go "wow," and puzzling over the thumbnail trying to figure out what it was convinced me that it was worth a second look. Looking at the larger version, I recalled the whole series of these images made by one of our more modern photographers, Captain Donald Kemp, of whose nearly 500 photos in our database these are a few.

Donald Kemp [1889-1975] was born in Central City, Colorado, and moved at the age of 10 to Eldora (Boulder County), a town his father helped found, where he grew up. He joined the U.S. Army and served almost two decades until 1935 when he retired with the rank of Captain. At that point, he returned to Eldora, and became interested in Colorado mining history. His friend, Harry H. Lake, who was a banker with the First National Bank in Central City for 47 years, was also a photographer, and encouraged Kemp in his historical interests. We have over 600 of Harry Lake's photos in our database, a subject for another blog.

The Western History Department acquired the Donald Kemp collection in 1973, along with the Harry H. Lake photos, comprising rare documentation of the early days of (mostly) Gilpin County, Colorado, home of some of the fabled gold and silver mines from which hundreds of millions of dollars worth of precious metal made fortunes for those who were in the right place at the right time, with the right ambition.

Many of Kemp's images are gorgeous scenery shots, and you can see the entire group of his photos here.To just see his tree photos, see the "Timberline Tree Series." For more of his scenery shots, a good search is "Donald Kemp lake." Here are the books by Donald Kemp that we have at the Library, and here is the Donald Kemp manuscript collection. The gallery below features a few of Kemp's amazing photographs of pre-development Colorado. 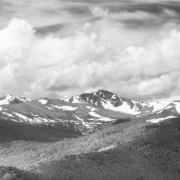 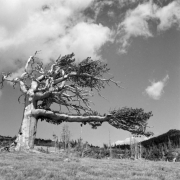 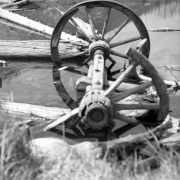 Absolutely captivating! Timeless beauty of the mountains is easy to look at. I love that there is no specific year/time/date for each picture.

Yes, you're right - no dates is a significant omission - it makes them see more "eternal" Thanks!

Harry H. Lake is my Great, great uncle. I have many pictures of him in our family albums from Central City and Denver. Is there a book of Harry's photos I could buy ? He wrote about his love for photography.

Thank you for sharing your personal connection, Ellen! While we couldn't find a published book of Harry's photos, History Colorado does have a collection of them (Harry H. Lake collection, Mss.02076, History Colorado, Denver, Colo.) and you can likely order prints through their Photo Reproduction Services.