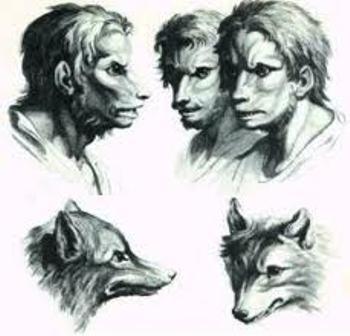 Just in time for Halloween!

As myths and legends of monsters and ghouls have been perpetuated through the ages, it is interesting to note that many do not have American origins. But there are some hellish legends that do. Like I discussed in my last blog, the Wendigo is a myth that originated in this country and has been passed down for generations amongst Native Americans. The legend of the Wendigo always held a great deal of realism to me more so than any goofy vampire, mummy, or Frankenstein’s Monster. The idea that one could suffer demonic possession after cannibalizing another human frightened me to the core. And the fact that, after suffering this possession, the demon could look, walk, and act like a human was truly frightening. Indian tribes believed that when one was possessed by the Wendigo they would crave human flesh. And when they partook of this ghastly meal they would steal a person’s “essence” and inherit their strength. The more these demons ate the more powerful they would become almost achieving immortality. Real cannibals have always existed in this country and they have taken many forms from Alferd Packer to Jeffery Dahmer. These men moved amongst the general public devouring human flesh with complete impunity.

Western Indian tribes also believed in supernatural beings known as Skinwalkers. The Navajo tribe especially believed that these Skinwalkers were shape-shifters who could assume the form of any animal which allowed them to travel quickly and gave them the ability to hide in plain sight. Specifically, a person is said to gain the power to become a Skinwalker upon initiation into the Witchery Way. The initiation into the Witchery Way involved murdering a close relative, especially a sibling; other crimes also associated with it were necrophilia, and grave-robbing. Once one has been initiated into the Witchery Way they become “pure evil.” It is interesting to note that in the Native culture most witches were male not female.

So as Halloween approaches with all its devilish delight, take a second look at that neighbor of yours you always suspected of being a little strange. Perhaps he is truly a Wendigo lurking in the night. Or maybe, just maybe, the family dog or cat is actually a Skinwalker in disguise. Whatever the case, lock your doors, stay up late, and have a Happy Halloween!