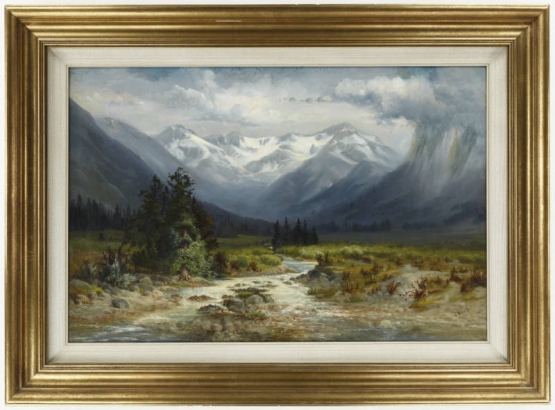 This blog was written by Deborah Wadsworth, collector of historic art and volunteer with the Denver Public Library's art collection.

The next time you’re in the J.K. Mullen Manuscript Room in the Western History and Genealogy Department, take a look at the paintings on the large wall. Among them are two that are especially companionable, one by Helen Henderson Chain (1849-1892), and the other by Charles Partridge Adams (1858-1942).

Helen Henderson Chain came to Denver with her bridegroom, James Albert Chain, in 1871. James founded one of Denver’s first bookstores, Chain and Hardy, an important publisher of local books and also a meeting place for both resident and visiting artists.

Helen was an enthusiastic mountaineer. Clad in petticoats, long skirts and corset, she climbed many of Colorado’s highest mountains including Greys Peak, Pikes Peak, Longs Peak and  Mount Lincoln. She was the first woman of European extraction to climb the Mount of the Holy Cross, and the first woman to paint it. 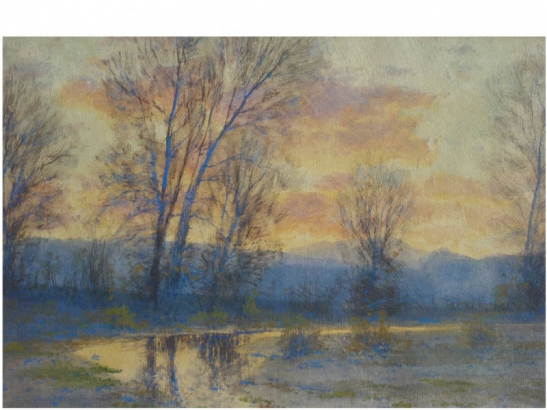 Charles Partridge Adams became Helen’s most famous student and a special friend of the Chains. When he first expressed his interest in pursuing a career in art, Helen counseled, “Don’t you do it Charles. You’ll never be good for anything else.” Fortunately for Colorado art, Adams did not take her advice. He became one of Colorado’s most beloved and admired landscapists.

Helen Henderson Chain and Charles Partridge Adams often painted together and enjoyed companionship in Colorado’s mountains. Their works allow the viewer to experience Colorado through their eyes and their time. The Denver Public Library is fortunate to have multiple works by each of them in its art collection.

Charles Partridge Adams (1858-1842). Highly unlikely that he died before he was born.

Hi David, thanks for catching that! It's been corrected to 1942.