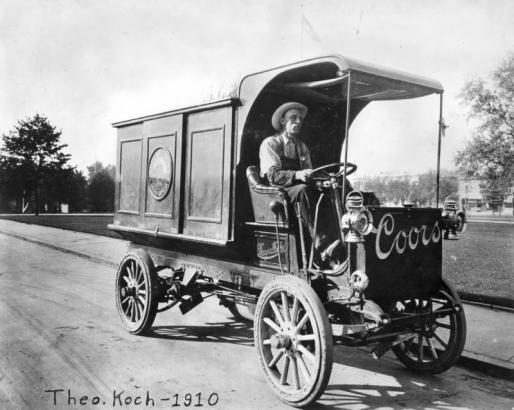 Though 1886 is generally considered the birth year of the modern automobile, with the introduction of the Benz Patent-Motorwagen, the Model T Ford was the first car that was  affordable for middle-class Americans. Ford's innovation was mass-production, which allowed lower prices and a steady supply to fill ever-growing demands.

The Model T, affectionately nicknamed the "Tin Lizzie," was introduced in 1908. It was just a hundred years ago, in 1913, when cars started showing up more in the West and outside of cities. In those days, in small town and rural America, the novelty of the automobile was still enough to bring everyone outside to look when one showed up on Main Street. 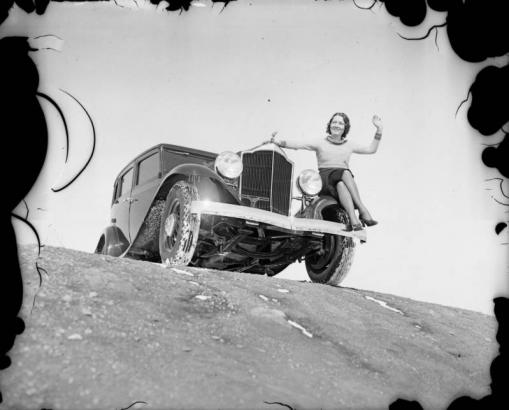 Woman on an automobile

By 1914, the assembly process for the Model T had been so streamlined it took only 93 minutes to assemble a car. That year Ford produced more cars than all other automakers combined. The Model T was a great commercial success, and by the time Henry made his 10 millionth car, 50 percent of all cars in the world were Fords. It was so successful that Ford did not purchase any advertising between 1917 and 1923; more than 15 million Model Ts were manufactured, reaching a rate of 9,000 to 10,000 cars a day in 1925, or 2 million annually, more than any other model of its day, at a price of just $240.

The Model T was produced without changes for eighteen years, until 1927, when Ford replaced it with the Model A, or "A-Rod," after much pressure from his Board of Directors and stockholders. Other manufacturers were providing stiff competition with new features, like updated styling, or like being able to choose other colors besides black. Model T production was finally surpassed by the Volkswagen Beetle on February 17, 1972. 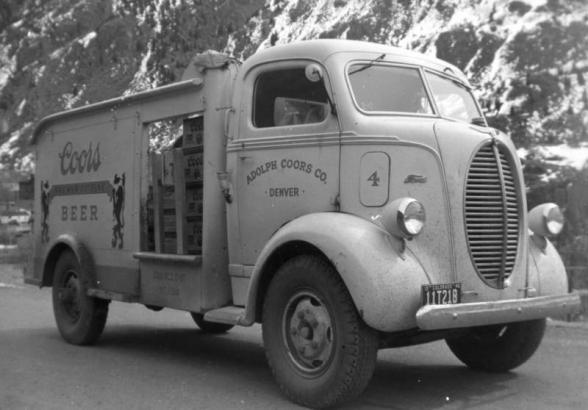 Today, automobiles are so deeply entrenched in modern society that they have shaped the very planning of suburban America. Vast acres of tract homes spread out much more than would be workable in a pedestrian-based model, and virtually everyone drives for every errand. In the cities, we sit in traffic jams on six-lane boulevards lined with car dealerships, parking lots, and gas stations. Instead of prairies and countless buffalo, we see an ocean of glinting glass and metal.

As automobiles and trucks came of age, they went through countless variations and adaptations. These photographs show a variety of the inventive paint jobs, body styles, and practical uses that cars were central to. There are a few electric cars, some delivery trucks and vans, touring buses, and several car-as-prop photos.

Included in the slide show is a photo of a car-train hybrid that is unique to Colorado. The "Galloping Goose," the popular name given to a series of seven railcars, was built between 1931 and 1936 by the Rio Grande Southern Railroad and operated until the end of service on the line in the early 1950s. To save money, the-cash strapped RGS put automobile bodies on narrow gauge railroad chassis and used them for lighter loads, saving the more expensive and heavy steam locomotives for passengers and heavy cargo. All of the "geese" were built in the railroad's shops at Ridgway, Colorado. The first was built in 1931 from the body of a Buick "Master Six" four-door sedan.

Browse many more photos of interesting vehicles in our collection by searching for "automobiles," "trucks," "car," "van," or "traffic." 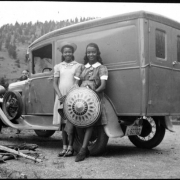 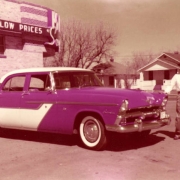 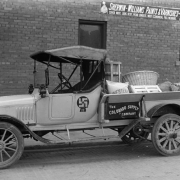