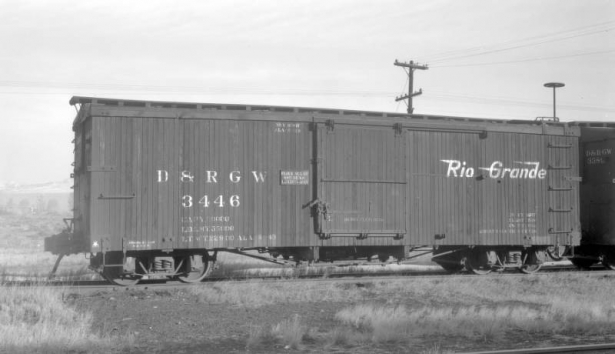 Our guest blogger, Steve Patterson,  is an avid railroad fan and expert,  and has come up with a great blog about freight rates in the early 20th century. He will be a recurring guest blogger who will write about various railroad subjects. We hope you enjoy his blogs!

"As railroads developed in our country and became the principal means of transportation, rates and charges, also known as tariffs, were continually disputed, which caused the creation of regulatory agencies, such as the Interstate Commerce Commission (in 1887) and state Public Utility Commissions. We had been taught during our schooling years that in the movement of most freight, the cost would be 'what the traffic could bear,' or to tune it a little further, 'what the shipper was willing to pay.' All of that ended with the Staggers Act in 1980, which deregulated railroads and replaced the regulatory structure with free market competition whereby truckers could no longer look in published tariffs to see what a railroad charged for various commodities, and then submit a bid just under the tariff to win the business.

Thumbing through complaints to the Interstate Commerce Commission from shippers in the early 1900s, there was more to it here in Colorado and other western states. Reading the ICC’s decisions, you come away believing the Federal agency was more on the side of the railroads than the plaintiffs. The ICC seemed to be explaining why the freight rates were higher out here than where the complainant’s were comparing rates, and that gives us a window to see how freight rates were determined, right down to how curvy the track was.

For example, the ICC replied to the Grand Junction Mining & Fuel Company in June 1909, 'We are not convinced that the rates complained of are unreasonable in and of themselves, considering the small volume of traffic and the fact that complainants’ shipments … must be transported over mountainous routes that are extremely expensive to operate…'

In the case of the Commercial Club Salt Lake City vs. A. T. & S. F. Ry. Co., it wrote, “The Denver & Rio Grande is situated, for the most part, among the mountains. Its cost of construction was high, and the expense of its operation is much greater than that of the Union Pacific.'

It told the Montrose & Delta Counties Freight Rate Association that, 'The operating conditions on the Denver & Rio Grande from these mines to Salt Lake City are made more or less severe by unusual degrees of curvature and excessive grades, requiring three or four locomotives for each train.'

In another case of Public Utilities Commission of Colorado vs. A. T. & S. F. Ry. Co., the ICC wrote: 'The other main line between Colorado and Utah common points, the Denver & Rio Grande, has also, and even more recently, expended millions in the improvement of its mountain road. On both lines the adverse mountain conditions compel higher operating expenses than on the prairie lines, because of decreased locomotive efficiency, necessity for helper service, constructive mileage and slower schedules, resulting in higher wages to train crews, increased inspection and repair of both track and equipment and other exceptional conditions.'

But a real antidotal story was the comparison of prairie railroad miles to those of the D&RGW. On Santa Fe’s 1,762 miles from Kansas City to Los Angeles, it had 34,003 degrees of curvature or an average of 19.3 degrees per mile. Union Pacific’s 2,034 miles between the same two cities had 43,910 degrees for an average of 21.6 per mile. The Burlington Route from the Missouri River to Denver averaged 9.5 degrees per mile, and Missouri Pacific from Kansas City to Pueblo averaged 15.7 per mile, whereas the Denver & Rio Grande Western's (old line) of 745 miles from Denver to Salt Lake City via Pueblo, Marshall Pass, Gunnison and Montrose had 46,645 degrees of curvature for an average of 62.6 per mile. Hence, the ICC was not convinced the Rio Grande Railroad was overcharging its customers."

Good job the enjoyed it

Interesting article/blog about the ICC and the degrees of curvature differential between the various lines. Obviously the more curvature the higher the fuel costs and wear on the rail and less return on every dollar earned.