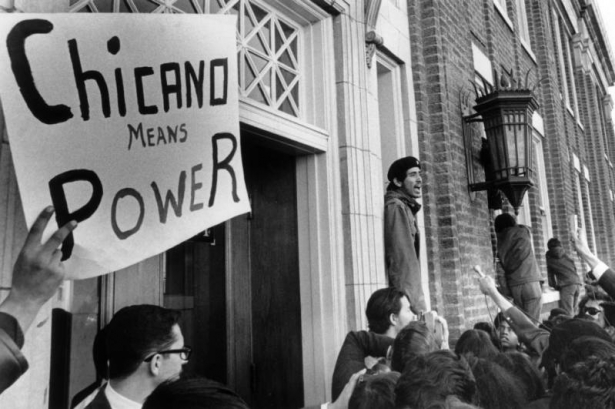 Denver Public Library's Western History Collection is a work in progress that's always collecting new titles. Here are a few of the new titles we've recently added that should be of great use to researchers across the demographic spectrum.

The Chicano Generation: Testimonies of the Movement by Mario T. Garcia (University of California Press, 2015) - Author Mario T. Garcia came of age during the turbulent 1960s and got a firsthand look at the growing Chicano rights movement as it happened. Today, Garcia is a professor of Chicano Studies at the University of California, Santa Barbara, and has put together a compelling history of the struggle for Chicano rights.

The Chicano Generation tells the story of the movement through the eyes of activists Raul Ruiz, Gloria Arellanes and Rosalio Muñoz and the events that swirled around their lives.

Of course Garcia's work includes plenty of background history on what drew Ruiz, Arellanes and Muñoz into the maelstrom of activism and where they are today.

This book is a perfect companion for researchers who are working with the LARASA Collection or Corky Gonzales Collection, or anyone who wants to learn more about Mexican American activism in the American West.

Natives of a Dry Place: Stories of Dakota Before the Oil Boom by Richard Edwards (South Dakota Historical Society Press, 2015) - Through the better part of the 20th century, North Dakota was one of the most isolated spots in the United States where small town values shared space with miles of vast emptiness. All that changed with the discovery of the Pershell Oil Field in 2006. At that moment, a boom was born and North Dakota would never be the same again.

Change came to North Dakota at an astonishing pace, and by 2012 the once-forgotten state was minting an astonishing 2,000 new millionaires a year. That leads to the question Edwards answers, in some depth: "What kind of impact does an oil boom like this have on the established population of the state?"

Edwards's treatise focuses, as the title indicates, on life before the boom, but its impact is discussed in some depth.

The question now, with oil prices crashing at a rapid rate, is what will life look like in North Dakota after the boom?

The Two-Wheeled World of George B. Thayer by Kevin J. Hayes (University of Nebraska Press, 2015) - Epic bike rides are hardly an unusual occurrence in 21st-century Colorado, as the popularity of Ride the Rockies and other bike treks indicate. But in 1866, George B. Thayer took an epic bike ride that would put most modern cyclists to shame.

Using only a high wheeled Columbia Expert, Thayer set off from his home in Connecticut and continued all the way to sunny California, before returning home on the same nickel-plated steed. The journey covered a whopping 11,000 miles and took Thayer just seven months to complete.

Unlike today's riders, Thayer didn't have the luxury of fancy gear and high-end components. In fact, he carried a backpack filled with spare parts and not much else. As Lycra and other form-fitting materials were not widely available at the time, Thayer made most of the journey clad in a comfy corduroy suit.

Fortunately for us, Thayer was an accomplished diarist and detailed his journey in a series of books that provided amazing source material for Hayes.

As a unique portrait of young America and the American West, The Two-Wheeled World of George B. Thayer is tough to beat and includes some great descriptions of his passing through Denver and Colorado Springs.

American History Unbound: Asians and Pacific Islanders by Gary U. Okihiro (University of California Press, 2015) - Asians and Pacific Islanders (AAPI) contributed mightily to the building of the United States, but their story is rarely told in the history books. American History Unbound attempts to right that wrong by viewing the development of our country through the lens of the AAPI experience.

This book covers an incredible amount of ground and does a great job of showing how the AAPI community participated in everything from the Gold Rush to the Vietnam War and events in between.

If you have a suggestion for a title that you think would be appropriate for DPL's Western History Collection, drop us a line at history@denverlibrary.org.