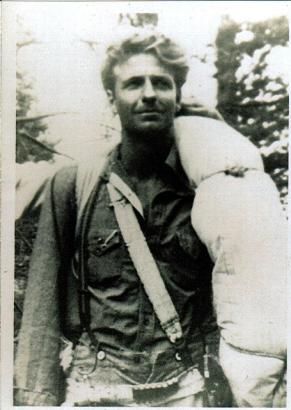 A Tale of a Depression Era Desperado

On the evening of March 13, 1939 near Cody, Wyoming, Earl Durand – a mountain man who lived off the land – killed several out-of-season elk in Wyoming’s northern wilderness. While returning home from the hunting expedition, with a trunk full of poached elk meat, he attracted the unwanted attention of two game wardens. Before the car slid to a stop, Durand bolted from the cab and out of the warden’s reach. Durand’s defiant act would set into motion one of the most daring and deadly crime sprees to ever captivate the nation.

Durand was eventually captured by an informal posse on nearby Rattlesnake Mountain. While in jail and awaiting sentencing, Durand escaped by assaulting Deputy Noah Riley with a milk bottle taken from his dinner tray. Durand then forced Riley to drive him to his family farm in nearby Powell, Wyo. Word quickly spread of the daring escape and the Town Marshal and Undersheriff were dispatched to bring the vigilante to justice. When they approached the home, Durand shot and killed the two officers. He then stormed for the sanctuary of the surrounding wilderness.

By the next day, Durand was spotted in a fortified position on the mountainside. His position appeared impregnable causing most of the posse members to hang back in an attempt to wait the bandit out. Two non-posse men, though, unadvisedly charged Durand’s mountain turret. This rash action proved fatal as Durand fired several bullets into their bellies, killing them. Catching wind of the deadly debacle, the Montana National Guard rushed a mortar and howitzer to the scene in hopes of subduing the lone gunman’s rampage. The Sheriff also enlisted the assistance of a local pilot to drop a bevy of dynamite bombs and teargas grenades. As the pilot rained down destruction from above, Durand stealthily abandoned his encampment. He hijacked a car and headed back to the town of Powell.

With a rifle clutched tightly to his chest and a six-shooter strapped to his hip, Durand barged into the First National Bank in Powell and demanded $3,000. Terrorizing the nine employees and customers, Durand fired a barrage of bullets into the bank lights, walls and windows while screaming, “They’ll plug me anyway! They’ll plug me anyway!” Soon after his onslaught Durand grabbed three employees and marched them outside.

Unbeknownst to Durand the more than hardy inhabitants of Powell scaled the rooftop of the bank and stepped into the street with their shotguns and rifles. As Durand and the captives emerged from the bank, the citizens unleashed a volley of lead. As the bullets hit the hostages, Durand wildly returned fire and then made a break for his hijacked car. He would be struck in the chest by a bullet fired by a seventeen-year-old boy who had decided to skip school that day. The blast would drive Durand back inside the bank where he would eventually take his own life.
The bizarre and sensational story would make the pages of Time Magazine and be made into a movie in 1974 titled: The Legend of Earl Durand, staring Martin Sheen and Slim Pickens. Checkout The Last Eleven Days of Earl Durand by Jerred Metz in the library’s catalog and the great photographs of the event in the library’s Rocky Mountain News Collection!

I was a boy of six when these events occurred. We lived in Greybull, Wyoming which was close to Powell. Men from Greybull became part of the posse. As a child I was afraid Earl would appear in Greybull. There were all sorts of stories of the events. Most of the stories were either untrue or greatly exaggerated. One of the stories I remember was Earl running 30 miles out in the desert to escape the posse. That story among many others was untrue. Another story I believe was untrue, Earl flagged down a car near Powell and had the driver take him to the cemetery so he could watch the internment of his victims. Needless to say, I was terrified of Earl. I now live in Cornelius, Oregon. In the town of Hillsboro, Oregon lives the son of Tim Cox who shot Earl Durand.