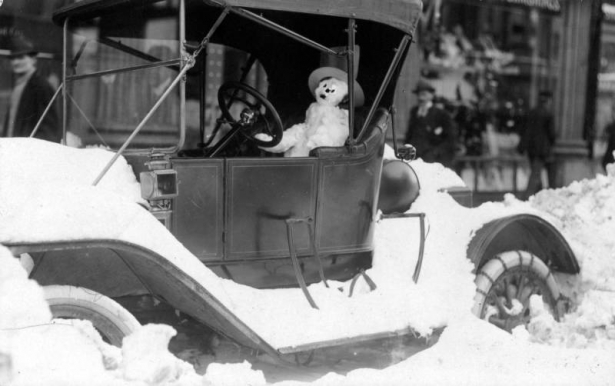 A myth perpetuated by those outside of Denver is that it snows here constantly and we ski to work and school daily. In reality we see far less snow than the mid-west and the sun shines on us year round. Occasionally, we do get a snowstorm and some of us head to the slopes while the rest of us (myself included) bundle up and refuse to leave our warm beds. Even when we get a heavy snow we have snow plows, snow blowers, and twitter to keep us up to date on the conditions. Imagine living during the largest snowstorm in Denver history in 1913 when 40 inches blanketed the streets. In the clippings file for the snowstorm of 1913 I found articles about tragedy and worry, but I also found many articles about the citizens of Denver helping each other and I even found an article about a snowstorm romance. I also found a short report of how great the parties were for those stuck overnight in the downtown area. From an article printed later in Empire: "But the parties!" he exclaimed with enthusiasm. "The girls!" 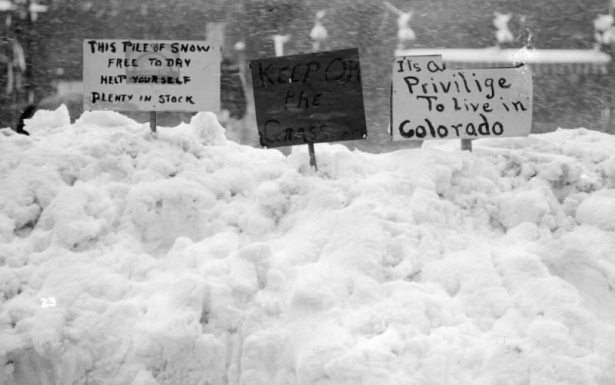 While digging though the clippings file for the storm of 1913 I found article after article detailing how Denverites were helping each other through the storm. Staffs of the Rocky Mountain News and The Denver Times organized relief effort after many people called the newsrooms reporting need. The Rocky Mountain news reported volunteers shoveling the train tracks across Denver so people could get back home to their families. Gloves were donated by the Rocky Mountain Glove Co. The elite in Denver quickly organized a party in the lounge of the Hesse Hotel to raise money to help those hurt by the storm. The President of the Colorado Women's College trudged through the snow to the Montclair Institution to deliver food, as did "twelve men on snowshoes dragging a rough sled" to bring food to the Agnes Memorial sanitarium. I hope if we have a storm like this again, modern Coloradans would lend as much help. 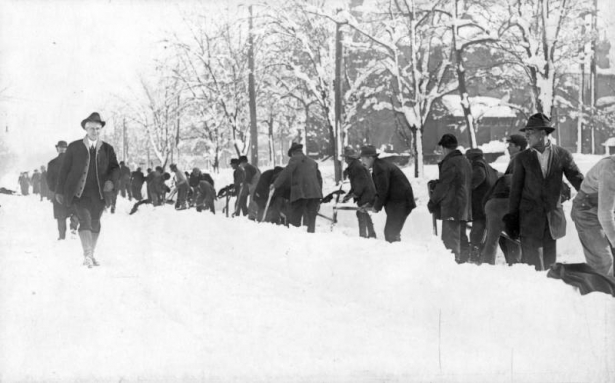 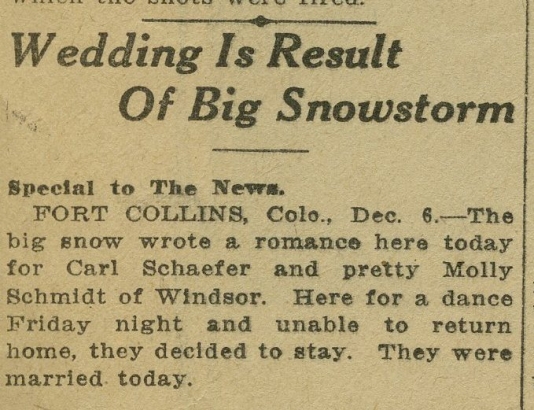 Perhaps the greatest little story I found about the storm was this small article about two people who met while stuck at a dance and fell in love. 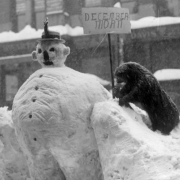 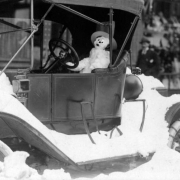 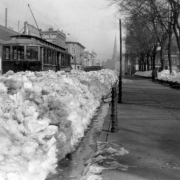 What a delightful entry! Really great writing and then a bunch of great pictures too. It looks like that outside, right now, right down to the buildings (except for the Metropole and some others that were really fun to see) -
Nice work!

Thanks to you (for the wedding article), and to Ancestrylibrary.com,
it appears that their dance lasted a lifetime:
Carl Edmund Schaefer
Birth: Jul. 28, 1892, Russian Federation
Death: Nov. 8, 1964
Greeley, Weld County, Colorado, USA

Carl was born in Grimm, Russia, and came to the USA when he was 14 years old, first living in Ohio then moving to Milwaukee before moving to the Greeley/Windsor area in 1908. He married Mollie Schmidt on Dec. 18, 1913, in Windsor. He farmed and feed cattle until 1951, when the Schaefers retired and moved to Greeley. He was a member of Our Savior's Lutheran Church, the Farmers Union and was active in Greeley Lodge No. 809, BPOE.

Mollie who lived most of her life in the Greeley and Windsor area, died at the Kenton Nursing Home in Greeley.

Born in Grimm, Russia, she came to Fort Collins with her parents in 1902 and was married to Carl E Schaefer at Windsor on Dec. 18, 1913. Her husband died Nov 8, 1961. Mrs. Schaefer was a member of Our Savior's Lutheran Church.

Survivors include: 6 daughters and l son; 17 grandchildren and 13 great-grandchildren. Also surviving are a brother and 2 sisters: Jake Schmidt and Mrs. Elizabeth Miller, both of Fort Collins; and Mrs. Paul (Bertha) Fritzler of Greeley.

This post was so much fun, Morgan! Great job.