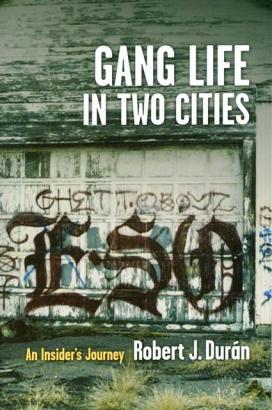 Did you know that Mexican-American gangs in Denver first formed in the 1940’s? Latino gangs attracted young men who struggled to find employment and who saw their parents struggle through low-wage, dead end jobs. Such young men saw little to no chance of fulfillment in the working world. Yet early gangs were not, by and large, profit driven. While an occasional gang member might sell drugs, the gang as a whole did not. Sociological studies seem to indicate that gang members joined for other reasons. As with New York’s Irish, Italian, Puerto Rican and African-American gangs of the time, gangs in Denver formed for protection from other communities and out of ethnic pride. In his new book Gang Life in Two Cities, Robert J. Durán discusses the role that Colorado’s early Twentieth Century infatuation with the Ku Klux Klan had in segregating Latinos into marginal neighborhoods and keeping them from desirable jobs. The city and police often ignored the needs of such neighborhoods. Gangs then formed to provide young men with protection and close-knit community networks where none existed. Gangs also gave kids an identity to set up against a society that they thought rejected them (Interestingly, at the height of the Chicano movement in the 1970’s, gang membership dwindled as youths who might otherwise join gangs followed activists like Corky Gonzales. When this movement ended, gang membership went up again). While the majority culture in the early Twentieth Century thought of boys who joined gangs and “rumbled” with other gangs as engaging in understandable and virile tests of manhood (here's a photo), the 1940’s marked the “criminalization” of gangs, with gangs seen as criminal enterprises little different than the mafia. This stigmatization of all gangs and gang members as criminal has continued to this day. Though Durán admits that gangs do engage in activities that alienate them from their own communities, he also argues that continued economic and social marginalization, along with factors such as police brutality, show that gangs still arise from a fundamental need to belong, and that they give young men (and some young women) a strong and valuable sense of identity and community. Whether or not you agree with Durán, his book is interesting, and you can find it in Western History and Genealogy along with other histories of Denver, its people and neighborhoods.