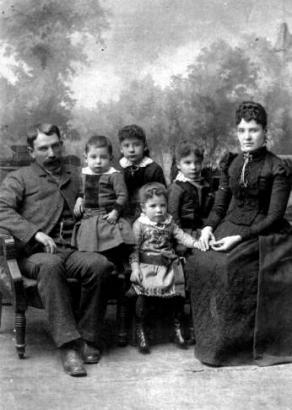 Spanish-speaking people began settling in Northern New Mexico in the late 1500’s and later came to Southern Colorado, living in towns such as Trinidad, Taos, Antonito and Conejos. Nursed by hundreds of years of relative isolation from other Spanish-speaking populations, the descendants of these settlers developed a unique culture with its own folklore and even its own dialect of Spanish (and I was going to tease my wife about the way her San Luis Valley family eats their tortillas, but I won't go there). The descendants of these original settlers still share this culture and many of them have great interest in researching their lineage (Some descendants refer to themselves as Mexican-American and others as Spanish-American. There is a debate in the community). Western History and Genealogy gets many such descendants who are interested in researching their family trees and we have some great tools to help people in their genealogical quest. Family Search and Ancestry Library Edition have uploaded many civil and church records from New Mexico and Mexico and are adding more all the time. The US Census and New Mexican State Census are also available. In addition, we have some wonderful and very comprehensive genealogies of original New Mexican families compiled by LaDeane Miller. Although the sources of these family trees are not confirmed, they could be a good starting point for a researcher. Of course, your best resource in your search will be our knowledgeable staff of librarians. Come into our department and get started on your family history today.