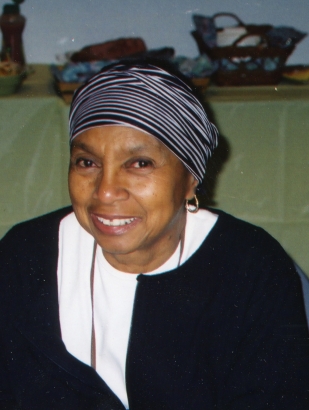 We are pleased to announce the recipient of the 2017 Eleanor Gehres Award is Iris Agard Hawkins. This annual honor recognizes an individual or organization that has made a significant contribution to the Denver Public Library Western History Collection.

Hawkins has served as a volunteer and a docent with the Denver Public Library since 1991. As a a member of the Black Genealogy Search Group which had been founded at the Denver Public Library, she was already very interested in family research. As a leader in the genealogy community she's served as president of the Black Genealogy Search Group, and is a frequent contributor to the society's quarterly, Black Tracks. She's been the newsletter manager since April 2006, and also served for many years as the Library Liaison between the Colorado Genealogical Society and the Genealogy Collection of the DPL.

Hawkins was cited in The Power of Black Women: Progress, Predicaments and Possibilities, a paper presented at the Anniversary Conference of the Association of Black Women in Higher Education, Inc, May 5, 1988, held in New York. She also served as recording secretary for ABWHE.

James M. Rose and Alice Eichholz consulted with her on their book Black Genesis: A Resource Book for African-American Genealogy in 2003.

Hawkins is noted as the author, editor or contributor of several works including:

As an active volunteer Iris worked on the Colorado Brides Project an index to all Colorado marriage records from 1859 through 1939. This resulted in the Colorado Marriage Index, a major resource for Colorado genealogical and local history research. It, along with the Denver Obituary Project, are major online genealogy resources for Denver and Colorado-facing genealogists.

Congrats Iris, and shout out to "GraVal"!

Iris, congratulations 1000 times! It is a great privilege to know you, and DPL is very fortunate to have such a capable and dedicated volunteer team member.

MRS.IRIS.A.HAWKINS. GOOD DAY & CONGRATULATIONs A MILLON TIMEs !!! YOU MAKE THEE ANCIENT SO PROUD !! YOU HONOR THEM EVERY DAY !!! DO KEEP UP THE GOOD WORK THAT WE SEE S T I L L WORKs WELL !!! MY HUSBANDs G-MA WAS A HAWKINS TOO !!! IM STILL TRYING TO TRACK HIS GRREAT GRRAND MOTHER MRS.JANIE.ELIZABETH EDWARDS. !!! SHE WAS COURT CLERK FOR THEE AMERICAN WOODMEN ,CAMP 78 ,life insurance co, in 1945 !!! Still trying to gleem the facts & PHOTOs of Co Meetings & picnic & office parties, HER DAUGHTER went to & Graduated from THEE FLA AGRICULTUAL &MECHANICAL UNI,TALLAHASSEE,MRS.M.E.ALLEN.9TH DAY OF AUG,1958,MASTER OF EDUCATION,HER DAUGHTER, THEE FLA NORMAL& INDUSTRIAL INSTITUTE,ST AUGUSTINE, 27-5-1941 & NORTH CAROLINA COLLEGE FOR NEGROES,29-5-1944 ,& ITC THE POWER OF COMMUNICATION 4-12-2003,& HER SON MR.T.A.S.,PEABODY CONSERVATORY OF MUSIC,28-5-1972,&GRRAND DAUGHTER K.O.S.,CORNELL UNI,NOW SCHOOL TEACHER,!!! THANK YOU ALL & 4 ALL YOU DO TO HELP US BE SMARTER & BETTER !! THANKs AGAIN MRS.IRIS A HAWKINS . HAVE A BEE U TIFUL DAY ☺☺ (443-908--5588)

It’s January 2020, and I’m just now seeing this.
Congratulations! It’s so well deserved. We
appreciated your mentoring when my mom and
I were a part of the Search group in Denver.
Best wishes.
Vivienne Lumpkins Davis ( Mississippi)

Thank you so much for the kind words. But Iris is the true treasure. She still takes RTD and comes to volunteer every Tuesday even in the snow!