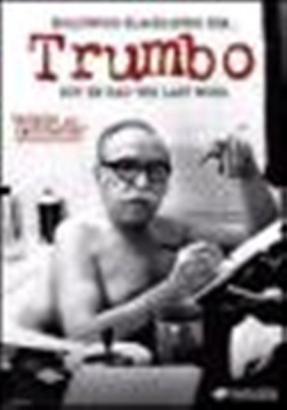 Dalton Trumbo was an Oscar-winning screenwriter who wrote screenplays such as Papillon and Thirty Seconds Over Tokyo. While blacklisted from Hollywood as a suspected Communist, he wrote Spartacus, The Brave One and other screenplays under an assumed name, receiving credit only later. As one of the Hollywood Ten, he was one of the only film industry personalities brave enough to stand up to Senator Joseph McCarthy and the House Un-American Activities Committee, refusing to name his fellow luminaries as suspected communists. But did you know that he was also from Colorado? Dalton Trumbo was born in Montrose, Colorado, grew up in Grand Junction, and spent a year at the University of Colorado at Boulder before moving to California with his family. In fact, his first novel, Eclipse, is a not-well concealed attack on some of Grand Junction’s most prominent citizens. For many years after the publication of Eclipse, Trumbo was reviled by the citizens of Grand Junction, even though his portrait of Grand Junction in the award winning anti-war novel Johnny Got His Gun was very flattering. Grand Junction has made its peace with Trumbo, and even has a statue of him on Main Street now (writing in his bathtub). Western History and Genealogy (WHG) has the original edition of Eclipse and even a new edition of the novel, released by the Mesa County Public Library Foundation in coordination with Trumbo’s descendants. To see other WHG and DPL holdings related to Trumbo, search our catalog. For more info about the DVD pictured above, click here.