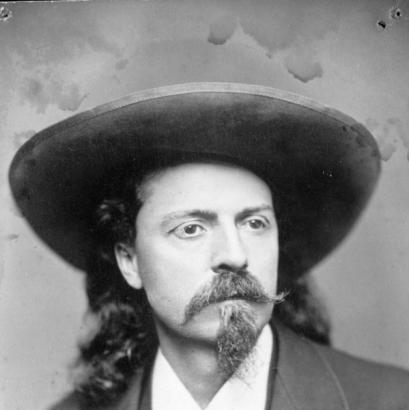 William Frederick ‘Buffalo Bill’ Cody (1846-1917) was an iconic figure in the Old West and in American historical lore. He was the recipient of a Congressional Medal of Honor, he founded the town of Cody, Wyoming and is one of the first to employ Native Americans in his Wild West Congress and actually pay them a competitive wage.
As a fan of motion pictures and motion picture history, Buffalo Bill ranks at the top of my list as a personal favorite. His Wild West Congress was the inspiration for many of the early Western silent movies and Old West stories that influenced generations of Americans as well as film makers and story tellers overseas.
He was the best known and most popular American in his time and his influence remains today. So tip your hat, salute from your saddle and circle the wagons with ole’ Buffalo Bill!!! For more info on Buffalo Bill check out the Western History and Genealogy Buffalo Bill collection here
(This blog will be the first in a series on Buffalo Bill and his Wild West.)