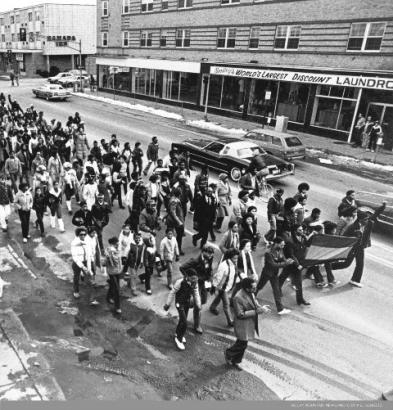 Join us for an exhibit of civil rights photos honoring the life of Barbara Coopersmith, the Denver civil rights activist, in the Gates Room of Western History and Genealogy. Barbara left home in Bozeman, Montana after her high school sweetheart died in World War II. She wanted to be part of the fight against Hitler, and became a propeller mechanic in Seattle. There, she was shocked after discovering that her Japanese-American neighbors had been placed in an internment camp. Her lifelong fight against discrimination grew from her outrage to this incident. After moving to Denver, Barbara became an Anti-Defamation League volunteer. She infiltrated hate-group meetings, gathering invaluable information for the ADL while earning many enemies and even garnering death threats. She helped register African-Americans to vote in Mississippi, lobbied for civil rights in Washington D.C., exposed and helped to end the “gentleman’s agreements” that kept Jews and people of color from living in certain Denver neighborhoods, and helped African-American friends integrate Denver’s community swimming pools. Barbara was also a pioneer in police-community relations, was Vice-President of Denver’s branch of the NAACP, a lifelong worker for the ADL, and a lifelong member of the Republican Party. To see the exhibition honoring this great civil rights leader and Westerner, come to the WHG, on the 5th floor of the Central Library.