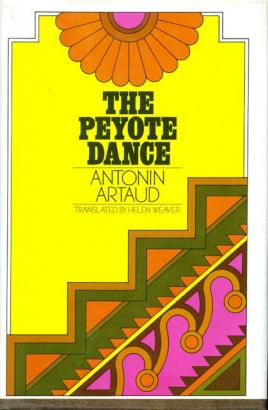 Current American audiences may best know Antonin Artaud as the monk Massieu in Carl Theodor Dreyer’s classic silent film The Passion of Joan of Arc. But Artaud also wrote the script for the very first Surrealist film, an inspiration to Salvador Dalí and Luis Buñuel. His book The Theatre and Its Double introduced his manifesto for a Theatre of Cruelty, an idea for theatrical productions that seek to break down the barriers between performer and audience (Jim Morrison, among others, was influenced by Artaud in his performances). His poetry inspired Allen Ginsburg, Charles Bukowski and many others. His drawings have appeared in New York’s Museum of Modern Art and other galleries. Artaud also spent much of his life depressed after a childhood bout with meningitis, nursed an opium addiction he gained after opium was assigned as a treatment, had visions, believed dreams were as real as life, drew horoscopes, and his brilliance went hand in hand with what others considered insanity. He spent much of his early and late life in sanatoriums. That’s great, you say, but what does this crazy genius maverick French artist actor writer guy have to do with Western History? Well, in an effort heal his damaged psyche and to find a deep knowledge of God that he believed was vanishing from Europe, he visited the Tarahumara Indians of Northwest Mexico and participated in their peyote rituals. Artaud believed that by studying and participating in the rites of this tribe from “Before the flood,” by participating in the shattering experience of the peyote dance, he would break through the wall of human consciousness, lose himself in the true nature of God (what he called the void out of which all things of the spirit come) and come back healed. And we have his book describing these experiences, The Peyote Dance, in Western History and Genealogy. Whether or not you’re open to such spiritual experiences, this book is an intriguing look at the rituals of a tribe that has inhabited Northwest Mexico for time out of mind, written with complete sincerity by one of the Twentieth Century’s most important artists (refreshingly un-tinged by the irony so present today). Come to our department to view this book and our many other hidden gems.