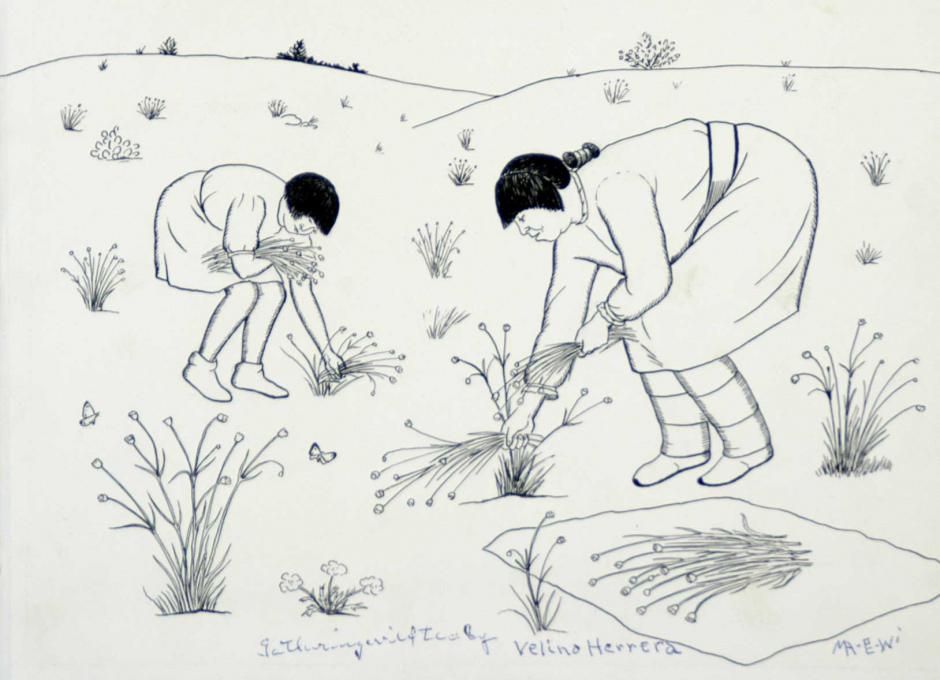 In the later part of the 20th century, the federal government created a variety of picture books for use in Indian schools. This exhibition features the original illustrations from these books, drawn from the collection of the Museum of Indian Arts & Culture, which center on the enormous upheavals and adaptations in Native communities following the devastating wars of the 18th and 19th centuries. The exhibit is based on the book, Native American Picture Books of Change by local author Rebecca Benes.

Native American picture books transcend the usual category of American children's books because of their educational and visual brilliance. When written in the 1920's, 1930's and 1940's, these books attempted to be culturally sensitive and to promote a native perspective, something that had not been done before.

Author Elizabeth DeHuff set this example by creating books that were visually exciting and culturally authentic. The later bilingual books of the Bureau of Indian Affairs, intended for educational purposes, were at the forefront of Indian and bilingual education in this country.

The unusual and beautiful artwork presented in these books provided a wide range of styles and designs. The earliest illustrations varied from the colorful painting techniques of self-taught artists Fred Kabotie (Hopi), and Velino Shije Herrera (Zia) to the black and white line drawings of Navajo artist Hoke Denetsosie, a student of Lloyd Kiva New.

The illustrations and the Native American picture books themselves demonstrate remarkable beauty and played an integral role in the political and cultural change of this period in the early twentieth century when Indian people began practicing self-determination. They were among the first books in which both non-Indian and Indian people collaborated to produce works for the benefit of Indian children.